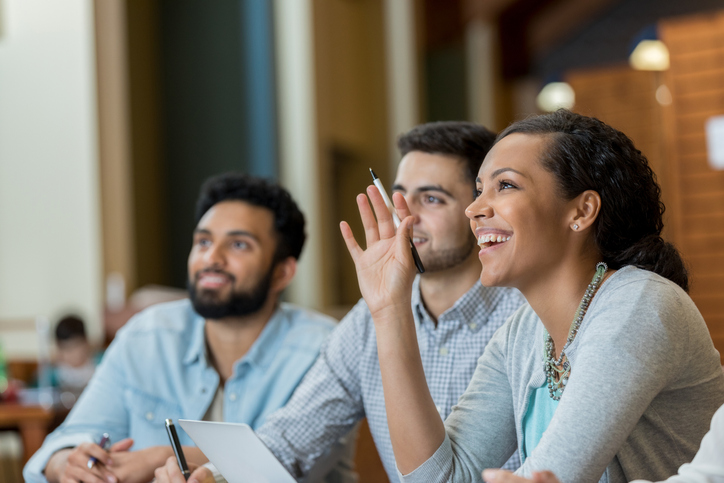 Starting your first year of Medical School can be pretty scary, especially if you don’t know anyone who has studied medicine before, you might not have had anyone to tell you what mistakes not to make at med school.

I definitely made a fair few mistakes in my first year at medical school, so I thought I’d share my advice to make the transition a bit smoother for any of you who might be starting this year!

Sitting your UCAT this year? Book a space on our one-day UCAT Course!

1. Don’t use the same study methods all year

One thing that I struggled with during the year was figuring out the best method for summarising my lecture notes – sometimes I would have five lectures in a day and there simply wasn’t enough time to write up every single lecture on paper like I wanted to.

I did try out other methods, like digital flashcards, but instead of using them effectively I ended up writing paragraphs and paragraphs when I could have been using simple sentences and phrases.

Like the notes, this wasn’t an effective method but I continued to use it for a good few months because I didn’t know what else to do.

Rather than sticking to methods that you know aren’t working for you, don’t be afraid to branch out and try other methods of studying, even if they’re not ones that you’re used to.

Read 5 Top Tips to be Prepared for Freshers’ Week

2. Ask for help when you need it

Quite a few students are probably guilty of making this mistake at med school, especially during first year when everything can still seem quite daunting!

It took me until my exams to finally ask for help in the subjects I found difficult. When I did so, all of my lecturers were really kind and pointed me in the direction of some useful resources.

Had I asked for help a few months earlier, it would have saved me a lot of stress and I probably would have been better prepared for the end of year exams.

3. Use more than one or two textbooks

One thing that I definitely found myself doing in my first year was using the same two textbooks religiously, rather than looking up other resources when I was struggling.

There are so many different resources that you can use for studying now that you don’t need to feel confined to a couple of books. Towards the end of the year I started watching more YouTube study videos, reading blogs and looking for other textbooks to help me better my understanding of concepts from lectures.

It’s important to remember that you don’t need to feel confined by the textbooks your university recommends, they’re usually a good starting point but you can always find your own resource if you feel like you need more information.

When you get to medical school, countless people will tell you to join non-medical societies and to make sure that you have hobbies outside of studying.

There will be tonnes of different things that you can do at uni, from volunteering to sports to learning another language, so there will be something to suit you. It’s also a really good way to take some time out once exams start rolling around.

Read 3 Things I Learned from Joining Societies at Med School

5. Use your time effectively

Like I mentioned in a previous tip, I made a mistake at med school by spending a lot of time trying to write up notes for every single lecture, which I didn’t really have the time to do. It would have been much better to just make notes on anything I didn’t understand and then just read over everything else quickly.

It’s also important to use your time wisely – instead of spending hours at your desk not getting anything done. It’s much better to just go and do something else for an hour or two and then come to it with a fresh mind and better focus.

Hopefully, you’ve found these tips useful and now know what mistakes not to make at med school if you’re starting your first year in September

Starting medical school can be quite daunting at first and it’s definitely a big learning curve but you’ll soon get the hang of things and find yourself settling in in no time!

5 Reasons why PBL is Great