10 Things You Might Not Know About Life at Med School 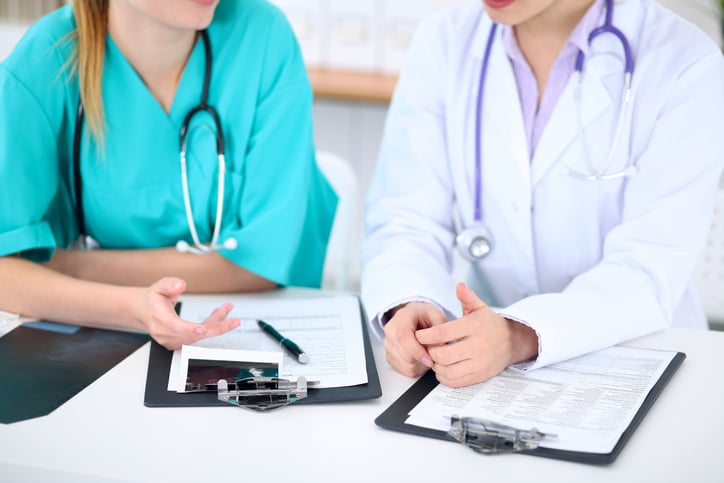 When you tell people you’ve applied for medicine, you might hear a lot about what to expect – especially about the workload.

However, there are some things you might not know about studying medicine and life at med school. From the course/life balance, the value of the internet and more, here are a list of ten things you might be surprised by.

1. There is a LOT of independent work

Even though you may have already been told this – as I was before starting medical school – I guarantee you don’t appreciate the sheer extent of it until you actually get started. It’s safe to say the difference between the way you’ve been used to learning at sixth form/college is immense!

2. The internet will facilitate most of your learning

If you told me I would be typing up questions in google and reading various Wikipedia articles to grasp an understanding of a topic before I started, I don’t think I would have believed you.

At the beginning of the year you attempt to wade through the many textbooks on the recommended reading list, but very soon after you’ll realise just how useful YouTube and online resources can be – they’re simple and straight to the point!

3. You’ll hardly ever feel on top of your work

In fact, you almost always feel like you’re trying to catch up. The truth is, the course is so fast-paced and there’s so much to get through with such little time.

With Medicine, you can always do more and learn one more thing. The feeling of constantly needing to catch up is one you get used to fairly quickly and one that you start to get better at managing over time.

4. You will change your study techniques many times

After finishing A -levels you feel as though you know how to study, but the reality completely changes the moment you begin medical school! Don’t expect to continue studying the way you did for your A-levels.

You’ll instantly realise the need to re-learn new study techniques and re-explore the way you learn. On top of that, you’ll probably find yourself changing your methods several times for different sub-areas of the course. You’ll be asking yourself ‘how do I learn?’ many more times than you would have ever imagined.

Well not in the same way. Every single thing you learn must now be retained for life, which is something I hadn’t given much thought to before I started. You can’t afford to have a lapse of motivation after finishing the exams from one semester because the next semester’s work will then start piling up. You have to be on top of your game pretty much all the time!

6. The written exams are all multiple choice

The structure of exams definitely plays in your favour. Unlike most courses where exams involve writing reams and reams, med students don’t have to deal with that.

We’re quite lucky in the sense that, even if we’re completely clueless about the answer, we can just close our eyes, tell ourselves we have a 1 in 5 chance and pick an option!

7. There is time outside of Medicine

This is something aspiring medics always ask medical students during those Q&A sessions on open days. I can tell you now that, despite the amount of work, you definitely do have time to do other things.

Whether it’s going out or watching the next episode of your favourite TV programme – or doing anything else you want outside of Medicine – as long as you’re organised and efficient with your time, you’ll definitely have time outside the work!

8. You’ll have to get comfortable being examined by your peers

A lot of medical schools use simulated patients, but even then there will be many times where you’ll be practising your clinical skills and various examination techniques on your peers.

This is pretty odd at first, and I’ll have to be honest when I say it’s something I haven’t fully got used to yet – but sometimes it’s useful to appreciate what it feels like to be on the receiving end of the care.

9. The competition doesn’t end after getting accepted to medical school

Yes, you’ve got into medical school by jumping over several hurdles, and so have the rest of your year group. It wasn’t an easy ride for anyone and now everybody wants to succeed through the five years.

Something you’ll realise pretty early on is the general competitive nature of everyone on your course – everyone is striving for the best all the time and everyone is desperate to meet that mark!

10. …But everyone’s always willing to help

Earlier, I mentioned the masses of independent learning expected from you, so one of the things you might find is that you’ll form little study groups and turn to other students for help. Despite the competition, there is a general consensus of wanting to pull everyone through the course together.

5 Things to Expect on Your First Week of Medical School