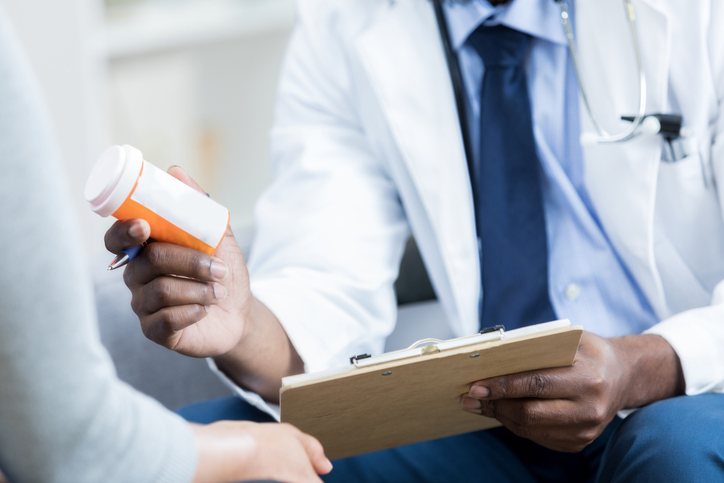 Joining us in this week’s news: prescription drugs, parental rights and lung cancer

Health chiefs fear that too many are addicted to prescription drugs

A recent Public Health England review has investigated the use of strong painkillers, antidepressants and sleeping tablets. The review found half of the people using these drugs have been on them for 12 months, and a quarter for over three years.

Taking these drugs for long lengths of time is ‘unjustifiable’ and a sign of dependence.

In response to these alarming findings, Public Health England are urging patients to speak to their GP for a medication review and to discuss alternative options.

These findings highlight the lack of alternatives in medicine today. Clinicians understand that these medications should not be long-term, however many do not have a choice.

Alternatives include talking therapies, social prescribing and physiotherapy. The NHS are investing into such options, which is an important step towards tackling dependency for these common prescription drugs.

Question to think about: Discuss what the term ‘holistic’ medicine means to you and give examples of holistic care in practice.

Five-year old Tafida Raqeeb is currently on life support after suffering a traumatic brain injury earlier this year. The injury is due to a rare condition called arteriovenous malformation.

Barts Health NHS Trust recommends withdrawing life-sustaining treatment alongside palliative care. However, her parents want to take Tafida to Italy for treatment, something the trust says is not in her best interests.

If a public body and parent disagree on a decision about a child, the decision can be challenged in court.

As such, the parents are challenging the NHS decision that is stopping them from seeking treatment in Italy.

The Children Act 1989 gives parents responsibility to decide what happens to their child, including in healthcare settings. However, as in this case, public bodies can challenge a decision if they believe it is not in the child’s best interest.

Parents can consent to medical treatment for their child, but medical teams can also lawfully refuse treatment if they can prove it is not in the child’s best interests.

There have been two other recent high-profile cases relating to this issue, involving Charlie Gard and Alfie Evans.

The law does not view doctors or parents as being automatically right. A judge makes the final decision, with best interests of the child being the deciding factor.

Question to think about: Describe what you think is meant by the term ‘best interests’ and who should determine what that means for individual patients.

The trial defined those at high risk as adults aged 50 – 75, who were smokers or former smokers.

The trial involves a blood test, named Early CDT, which uses technology to detect auto-antibodies that our immune system generates in response to cancer cells.

The results show those who took the test and developed cancer were more likely to receive the diagnosis at an early stage. 41.1% received an early stage diagnosis, compared to 26.8% in the control group.

These landmark findings show a lot of promise. 200,000 more patients will take the test for further research.

Early detection of serious conditions such as cancer has been a priority in medicine for many years, as earlier detection increases the chances of successful treatment.

For this reason, there is a national breast and cervical cancer screening service on the NHS. These programmes have proven how effective early detection can be in saving lives.

This new test is a reasonably non-invasive way of detecting cancer before symptoms even show, an incredible step forward in this field.