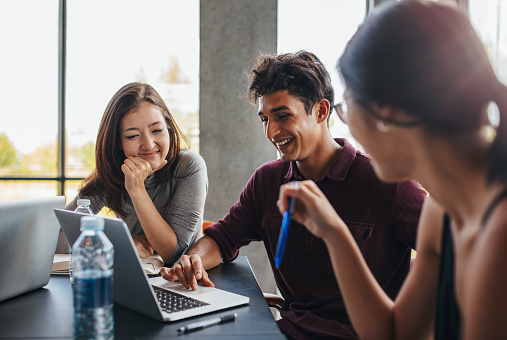 This blog was written for 2018 entry. You can find 2019 entry information here: Where to Apply with an Average UKCAT Score.

Got a score of 600-660 in your UKCAT and wondering where to apply? You’ve come to the right place!

An average UCAT score would normally be considered around 600 to 650, but this does vary year on year. Nevertheless, looking at previous years, we can get a rough idea of the score you’ll need to stand a chance of an interview or offer.

At the moment, you’re probably juggling school/university, drafting/redrafting/finalising your personal statement. You may still have the UKCAT left to sit and you may have BMAT preparation as well – so we’ve done the hard work for you!

Didn’t do so well in your UKCAT and applying to BMAT universities? Try our one-day BMAT Course, created by doctors and education experts!

Liverpool has only used the UKCAT for two years now. Therefore, it’s hard to get a reliable idea of the score needed. For 2016 entry, a UKCAT score of 625 or greater was considered ‘competitive’.

This means if you are getting 630 upwards then Liverpool might be a good option. At the same time, be aware if you score a Band 4 in the SJT, your application will not be considered further.

When selecting for interview, Liverpool will first use your GCSEs and A-Level predictions. Those who rank the highest, and meet the UKCAT criteria, will then have their personal statement assessed. Then the students who make it through the personal statement stage will be invited to interview. This means a good personal statement can’t make up for a low UKCAT, but academics might.

There is no cut-off UKCAT score for East Anglia. Instead your UKCAT score is used alongside your GCSEs and predicted/achieved A-Levels. Academics make up two thirds of selection, and UKCAT one third. This means if academics are your strong suit, East Anglia may be the one.

The SJT is not used and although there is no UKCAT cut-off, East Anglia have commented that from their experience “it is unusual for an applicant with a UKCAT score lower than the 3rd decile to be invited to interview.  In previous years this was a score in the region of 2400.”  This means you really need an average score of at least 605. If your score is in the region of 600-660 then East Anglia is still an option, as long as you’ve got some good academics to balance your application out.

At Hull York, UKCAT is used alongside your GCSEs to select for interview. Applicants are allocated points and then ranked, with around the top half of the ranking invited to interview. Prior to interview, they use your total UKCAT score alongside your GCSE results in order to decide who to invite to interview. Also be aware that anyone scoring a Band 4 will not have their application considered further. The personal statement is read, but not formally scored.

Once you are invited to interview, UKCAT score and GCSEs are forgotten about, with applicants scored at interview and ranked again. Students will undergo 2 x 10 minute interviews, plus a group exercise and a scenario station.

The SJT is then used again to contribute extra points to your interview score. Students ranked at the top will then receive an offer. This means if you have a Band 1 in the SJT, you would be walking into the interview with an immediate advantage.

If your UKCAT is around 680 you stand a good chance, and even if it is less, if you did well on the SJT and have some good GCSEs then Hull York could be a good option.

In previous years Plymouth has first screened candidates academically and then ranked them based on their UKCAT score. This means that Plymouth uses a UKCAT cut-off – for 2017 entry this was 623 and so relatively low. However the cut-off in earlier years was higher. For 2016 entry it was 652.5, and 650 for 2015 entry.

So where will this year’s cut-off be? It’s not possible to tell, as it’s influenced by how many people apply to Plymouth, and how high their scores are. It is likely to be higher than 623, but how high we can’t say.

In previous years, Plymouth didn’t just use an overall UKCAT cut-off, but a cut-off for each of the cognitive sections as well. Plymouth is one of only two medical schools to do this. This means you needed a particular score in Verbal, Quantitative and Abstract, which for 2016 entry was 530, 650 and 610 respectively.

However, it appears last year Plymouth stopped applying a cut-off for the different sections of the UKCAT, and are likely to do the same this year. This means only your overall UKCAT score would be assessed.

St George’s is one of the few medical schools that uses a minimum cut off for each of the cognitive sections in the UKCAT. Applicants must achieve a certain overall score plus a minimum in each of those four sections.

You will need to score at least 500 in Verbal, Quantitative and Abstract and Decision Making. The overall score needed will only be determined once applications are submitted, but for 2016 entry the overall score was 2600, and 2550 the year before that. This equates to about the top 40% of those sitting the UKCAT.

So a score of around 650-660 is needed here. The SJT is not used. UKCAT will not be used further once a student is invited to interview, but may be used to rank any students put on the waiting list for offers.

In terms of GCSEs, you will also need to meet a cut-off score. St George’s scores the top eight subjects, with an A* awarded 58 points, an A awarded 52 points etc. Your total points need to be 416 or above.

Selection for interview is based on academics and overall UKCAT score, with applicants being awarded points for each.

GCSEs are also awarded points, with 4 points for an A*(8/9) and 3 for an A (7) grade. The best 9 subjects will be used, so the maximum academic score is 36. With the 6 points available from the UKCAT, that makes a total of 42. This means UKCAT plays a relatively small part in the process.

Personal statements are not scored but will be screened as part of the process. Applicants will be ranked on their combined GCSE and UKCAT scores and a threshold for who to invite to interview. The threshold score varies year on year, but for 2017 entry this was 34 points and 37 points for 2016 entry. This means if your GCSEs are perfect, i.e. 9 A*’s, then you could secure an interview with a UKCAT under 600!

Once invited to interview, it is purely the interview score that will determine who are given offers. The SJT is not normally used, ‘except, if necessary, to inform decisions on borderline applicants who have achieved a similar score at interview’. You can find out more on QUB’s selection guide.

Read the rest of the series here: