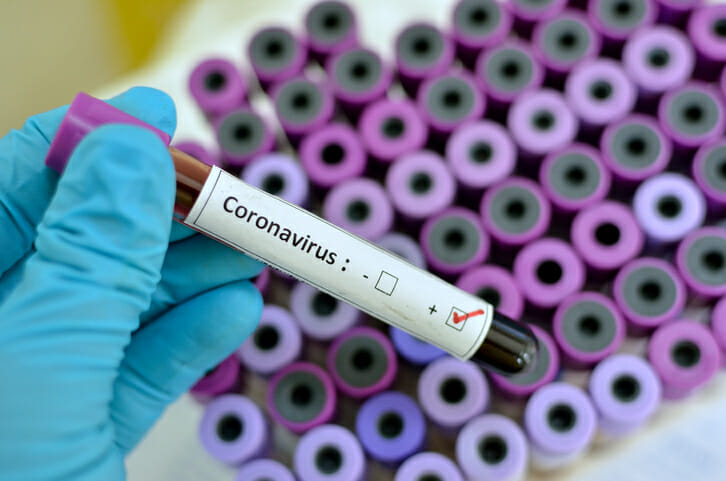 Welcome to the latest edition of the medical news. Each week we bring you the key healthcare topics that have recently been under the microscope.

A Cure For All Cancers

As mentioned in last week’s medical news, there was an outbreak of coronavirus in Wuhan, China, on the 31st of December, 2019. In short, this is a virus that causes pneumonia. Symptoms include coughs, fever and breathing difficulties. Due to it being a virus, antibiotics are not effective.

However, breathing support and fluids may aid in the recovery process. Recovery depends on the strength of one’s immune system. Those who have died were already known to be in poor health.

With the arrival of Lunar New Year celebrations, it has been difficult to contain and prevent the risk of the virus spreading. In Wuhan, there has been a ban on the trade of live poultry and other wild animals. Police have been conducting spot checks to ensure that this measure has been enforced.

There are 440 confirmed cases at the time of writing, with the outbreak having killed 17 people. Coronavirus has spread to several other Chinese provinces. It has also been identified in the U.S, Thailand, Japan and South Korea.

It was reported that a man from Washington in the U.S had 16 close contacts before being placed in isolation. Nonetheless, health officials state that the risk to the U.S public remains low.

From the little clinical information that is available, it is suggested that some cases have bilateral pulmonary infiltrates – an infection in the lungs. Wuhan Health Commission has ruled out adenovirus, influenza, SARS-CoV, and MERS-CoV.

However, the investigation for other pathogens is ongoing. There is a possibility that this cluster is indicative of the emergence of a novel pathogen.

The cluster is not due to avian (bird) influenza, but there has been reporting of avian influenza in the region. It is possible that this was present in returning travellers from Wuhan.

Questions to think about: What precautions must be taken in the UK in antipication of those who are travelling back from the Wuhan province?

A Cure For All Cancers

Scientists at Cardiff University have just published a ground-breaking paper in Nature Immunology regarding a potential new treatment for cancer. Not only does it manipulate a novel immunological pathway, but it is thought that this could provide a solution to treating various types of cancer.

The rationale behind this treatment is to harness the immune system’s own cells. Researchers identified a T-cell (a specific immune cell) which could target numerous cancer types, without harming normal cell types.

Specifically, a receptor on the T-cell (TCR) interacts with a molecule called MR1 (MHC class-I related protein), found on the surface of all cells in the body. The TCR is able to distinguish between a normal and cancerous cell, only destroying the latter.

The study investigated how effective these T-cells were at targeting numerous cancer types: lung, skin, blood, colon, and breast to name a few. They also extended their research to animal models by injecting the modified T-cells into mice with ‘human’ cancers and immune systems.

Moreover, T-cells extracted and modified from patients with this TCR were shown to be effective at destroying melanoma cancer cells, irrespective of the patient they were initially derived from.

Immunotherapy, and T-cell cancer therapies, is a rapidly advancing area of research. Personalised CAR-T cell therapy, whereby genetically engineered immune cells from the patient are modified to destroy a particular cancer, is perhaps the most widely known example. However, this particular study is hoped to be even more promising than conventional CAR-T cell therapy because of its ability to target multiple cancer types.

In addition, current CAR-T therapy has not shown efficacy in solid tumours, and has only shown promise in a limited number of cancers, such as cancers of the blood. Therefore, the findings from this study provide hope for a versatile treatment that can work across all populations and target all cancers.

It must be noted that these findings are still in their infancy in terms of development for therapeutics. It could be a long time before we see this become a standard treatment, if ever.

Before the NHS even considers using this as a treatment for the masses, there are many hurdles that must be overcome: further studies will need to replicate these findings and clinical trials in patients will require funding. Furthermore, the exact mechanism still requires research.  Before a treatment like this can be used, we must have a clear understanding of its method of action, safety, adverse effects, and long-term effects. Nevertheless, it is an incredibly exciting study and should encourage research in the field.

Question to think about: Why has it proved to be a challenge to find a ‘one-size-fits-all’ approach to treating cancer so far?

After death, it is currently possible to donate organs and tissue. A case for voluntary post-mortem sperm donation has recently been brought to light by two doctors, Dr. Nathan Hodson and Dr. Joshua Parker.

Writing in the Journal of Medical Ethics, they argue that there is a shortage of sperm donors in the UK for fertility treatment. As a result, the UK has required imports from countries including Denmark and the US. There is a considerable demand for donors: in 2017, over 2,000 babies were born following sperm donations in the UK.

Furthermore, the article raises the point that not only is there a limited choice of donor, but they are also restricted in variety. In addition to alleviating a shortage, they also argue that this option could be a welcome comfort for men who haven’t been able to have children.

It has been shown that sperm can be used up to 48 hours before death, meaning that it could be collected and then frozen until its use. Although they do acknowledge that infertility is not life-threatening, they note that other forms of transplantation (such as corneas) are also not vital, but also improve quality of life. Furthermore, they suggest that screening for any harmful mutations could be carried out before donation.

This issue is not without contention, however. For example, there are concerns about consent and the extent to which the donor remains anonymous.

Moreover, there have been efforts towards greater transparency with the process; donor-conceived children (born after 1 April 2005) can request some details about their donor at the age of 16, with more comprehensive details available to them at 18.

With this in mind, post-mortem sperm donation has been seen as a potentially ‘backward’ step by Professor Allan Pacey (University of Sheffield). He argued for the recruitment of younger, healthy donors so that there is the potential for contact later in life if desired. This is a topic that is clearly not black or white and will require significant further discussion.

Question to think about: Can you summarise reasons for and against post-mortem sperm donation?

This week is officially ‘Cervical Cancer Prevention Week’, which aims to raise awareness of preventing cervical cancer. In addition, NHS England has recently announced that there is a possibility that cervical cancer could be eliminated in England in the near future.

This result would require a combination of vaccines and screening, now testing every woman for HPV (which is responsible for most cases of the disease).

Cervical cancer occurs where there are abnormal cells present in the cervix. The average number of new cases of cervical cancer from 2014-2016 was over 3,000 and is thought to be responsible for the deaths of 852 women in the UK per year. As a preventable disease, it is vital that research and funding are encouraged in this field.

The vaccine, given to boys and girls, has been shown to be very effective against HPV infection. Moreover, a screening programme has been recently introduced to test not primarily for abnormal cervical cells, but the HPV virus itself. If signs of the HPV virus are detected, the smear sample will then be checked for signs of cervical cancer.

It is estimated that around 600 cases of cervical cancer could be prevented by the new HPV screening test. Furthermore, the number of cases should reduce drastically as more women with the vaccine get older. A Lancet article published a year ago projected that cases could reach below 4/100,000 women with extensive programmes for vaccination and screening.

This promising prediction relies on women attending their screening appointments. All women after turning 25 are offered a free smear test by the NHS. Despite this, many find it difficult to attend and there is still a significant amount to be done to ensure that appointments are not missed.

Analysis has shown that attendance of cervical screenings is at a record low: 72% of women between 25-64 actually attend their appointment (from 75.4% in 2012).

Question to think about: What would you suggest as an initiative to encourage women to attend their screening appointments?

A Cure For All Cancers: