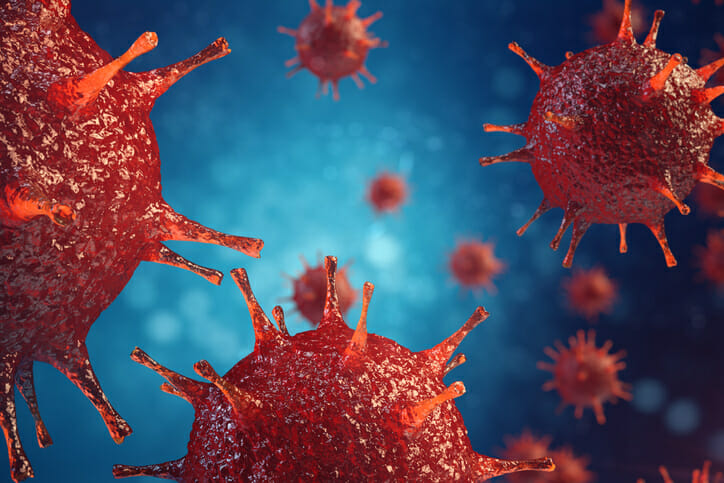 Welcome to the latest edition of the medical news. Each week we bring you three key healthcare topics that have recently been under the microscope.

An Injection that Lowers Cholesterol

An injection that lowers cholesterol was announced this week. The NHS is to trial it with around 40,000 people this year. The injection, known as Inclisiran, is a yet to be approved gene-silencing medication. Inclisiran lowers cholesterol by making the liver absorb more of the ‘bad’ (low-density lipoprotein) type of cholesterol and breaking it down.

The expectation is that it will be filed for approval as an add-on to statins for patients who already have cardiovascular disease. Statins are medicines that lower the bad type of cholesterol, regularly prescribed in the UK. They come as tablets that must be taken once or twice daily. Currently, 2.5 million people in the UK take statins.

Inclisiran will be administered by twice-yearly injections. In recent trials, Inclisiran has been seen to halve the bad type of cholesterol in just two weeks. It is suggested that up to 30,000 lives could be saved in the next 10 years thanks to this new treatment.

The Department of Health and Social Care aims to have the drug widely available by 2021 if they can reach a commercial deal with the manufacturer, Novartis.

High cholesterol can cause heart disease, which is the second leading cause of death in the UK, making it a huge public health issue. This drug could help to achieve the government pledge to prevent 150,000 cardiovascular deaths, as part of the NHS 10-year plan.

This announcement represents a big step towards potentially changing the management of the millions of people in the UK and worldwide, who have high cholesterol. An injection twice yearly is likely to have better compliance than daily tablets.

However, some caution must be taken as Inclisarin is not yet approved by any of the regulatory bodies in the UK, and the results of the large-scale trial should be awaited before it is hailed as an alternative to statins.

Question to think about: What other conditions could be treated with gene modifying drugs?

Recently there has been an outbreak of a mystery virus in China that has been spreading through the city of Wuhan. Since the Chinese authorities reported the outbreak on New Year’s Eve, 41 people have been infected, 7 in a critical condition, and at least one person dead.

There are worries about the possible spread of this virus due to the high density of the population in Wuhan and potential spread outside the city as it is a travel hub for the region. Adding to the concern is the imminence of the Lunar New Year festival beginning on 25th January, likely to bring many more people to the region.

Chinese state media has reported that scientists have identified a new coronavirus as the cause of this illness which produces pneumonia-like symptoms. Most of those who have been affected are frequently at the food market on the outskirts of Wuhan. It is thought that the virus originated in animals and cannot be easily passed between humans. One case has been found in Thailand, causing concern over the disease spreading. China has shared the genetic sequencing of the virus to allow faster identification of cases.

Every year there are outbreaks of viruses around the world, whether it be flu or other harder to identify viruses. Due to the highly contagious nature of some viruses, it is essential to contain outbreaks in order to protect the people in the area and beyond. Communication and cooperation are important to stop the spread of the disease.

The Chinese Transport of Ministry has said it would disinfect trains, planes, and buses in order to prevent further spread of the virus, especially during the Lunar New Year festival. There seems to be extra caution being taken; given the lessons learned from the SARS outbreak in 2002-03, where lack of transparency and slower reporting perhaps led to a greater spread of infection. Although this virus is unlikely to be as deadly as SARS, swift reporting and communication are likely to be helping to stop the transmission.

Question to think about: What measures would you put in place to attempt to contain an outbreak?

Human livers can now be preserved for a week, using a new preservation technique. Currently, livers are stored for 9-12 hours on ice before being transplanted or can be viable for up to 24 hours if on a perfusion machine. This new technique involves the livers being stored just below human body temperature on a machine that acts like a human body. It provides circulation and essential nutrients and hormones to the liver and removes waste products.

This technique could dramatically increase the number of livers available for transplant. This means livers can be transported over longer distances to well-matched recipients and stored for longer before transplantation without deteriorating.

Perhaps most importantly, it gives damaged livers the time needed to repair themselves. More livers could be suitable for transplant that were previously not viable, as research has shown that livers need a week to regenerate. Research published in the journal Nature Biotechnology showed that 6 out of 10 damaged livers deemed not suitable for transplant had recovered full function after a week on this machine.

This new method of preserving organs could increase the number of livers available and potentially be applied to other organs in the future. There is also the possibility of growing healthy sections of liver on the machine until they are suitable for reimplantation.

These machines have the potential to reduce the number of people who die whilst on the waiting-list for a transplant and reduce waiting times for a transplant. At any one time in the UK, 400 people are waiting for a liver transplant.

The difficulty with assessing the impact of this new technique is that many outcomes cannot be measured until months after the transplant, so it remains to be seen how this preservation method will affect transplanted livers. After promising results when tested in pigs, it is hoped that this will work just as well in humans when it is trialed, hopefully later this year.

Question to think about: What factors contribute to the shortage of transplants in the UK and how can these factors be reduced?

An Injection That Lowers Cholesterol: