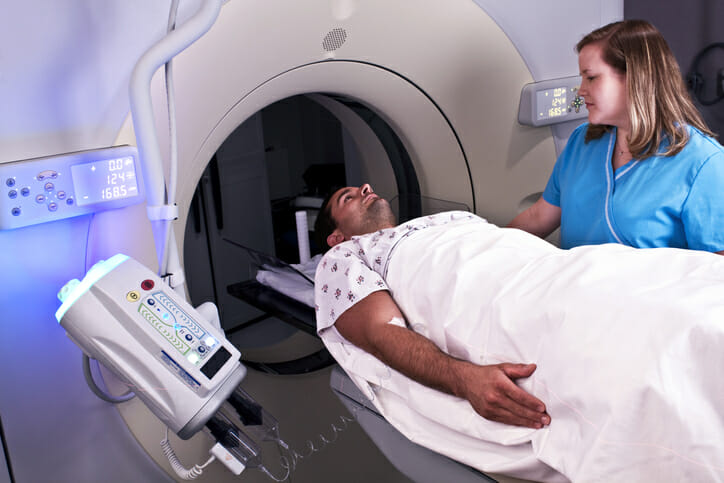 Welcome to the latest edition of the medical news. Each week we bring you three key healthcare topics that have recently been under the microscope.

A large trial is underway, testing whether MRI scans could be an effective way to screen men for prostate cancer.

Prostate cancer is the most common form of cancer in men, with around 130 new cases diagnosed in the UK each day and over 10,000 deaths each year as a result of the disease.

The ReIMAGINE project is using MRI with the hope of changing how prostate cancer is diagnosed and treated. The primary aim of the project is to see whether MRI could be an effective tool for screening healthy men in the same way there are NHS screening programmes to detect signs of breast or cervical cancer.

Early diagnosis of prostate cancer will lead to prompter treatment and significantly better outcomes. Using MRI to screen for prostate cancer will also reduce the number of men undergoing unnecessary biopsies, which are costly for the NHS and also have the potential to cause serious side effects.

Question to think about: What are the important aspects of clinical trials to produce reliable and repeatable results?

Around 15,000 nurses in Northern Ireland have begun strike action in a dispute over pay and patient safety. Unions agreed a 6.5% three-year pay rise for NHS staff – excluding doctors – last year, but it was not implemented in Northern Ireland.

Mairead Meenan, a staff nurse at Altnagelvin Hospital in Londonderry, said that the “fair pay” issue had brought her to the picket line. “Everybody wants equal pay and equal rights,” she said, adding that nurses in Northern Ireland felt “undervalued” compared to their mainland UK counterparts.

In fact, the Royal College of Nurses (RCN) argues that the real value of nurses’ pay in Northern Ireland has fallen by 15% over the past eight years. Staff shortages have pushed services to their limits, and nurses are striking not only for pay but also for patient safety. The RCN states that there are just under 2,800 unfilled nursing posts within the health service in Northern Ireland, and estimates that a similar level of unfilled posts exists within nursing homes too.

Staff shortages mean that on average, one in eight nurse positions are unfilled. Northern Ireland currently has the worst hospital waiting lists in the UK, and according to figures from the Department of Health, last month, the hospital waiting times reached an all-time high. In September this year, almost 3,500 patients waited longer than 12 hours to be treated in emergency departments.

Question to think about: What are the dangers of striking health workers and how must these be taken into account before taking strike action?

Scientists have discovered a potential underlying cause of motor neurone disease.

Motor neurone disease (MND) is a rare and incurable condition where motor neurones in the brain and spine experience progressive loss of function, known as neurodegeneration. MND affects around 5,000 people in the UK and is the cause of more than 2,000 deaths each year.

Scientists at the University of Exeter have found evidence that MND could be linked to an imbalance of cholesterol and other fats in cells.

The team observed that thirteen of the genes responsible for causing the condition were directly involved in processing cholesterol. Professor Andrew Crosby said, “For years, we have known that a large number of genes are involved in motor neurone disease, but so far it hasn’t been clear if there’s a common underlying pathway that connects them.”

At the moment, it is not entirely clear whether the imbalance is a cause of MND or a consequence of the disease. The research team at the University of Exeter say that their theory could help predict the course and severity of the disease in patients and monitor the effect of potential new drugs, leading to more accurate diagnosis and new treatments.

Currently, there are no treatments available that can reverse or prevent progression of the disease, and patients who are at high risk want to know how their disease may progress and the age at which symptoms may develop.

Question to think about: What disadvantages could we see from this technology?

Experience 20 MMI practice stations! We're the original and most popular prep provider. Our doctor-created circuits are attended by thousands of students every year.

Stand out with our one-day Medical Interview Course. It's full of doctor-created strategies for every interview type. You'll face a full-length mock interview, with detailed feedback at the end. You'll also get a 30,000-word interview bible. We're official Royal Society of Medicine partners.