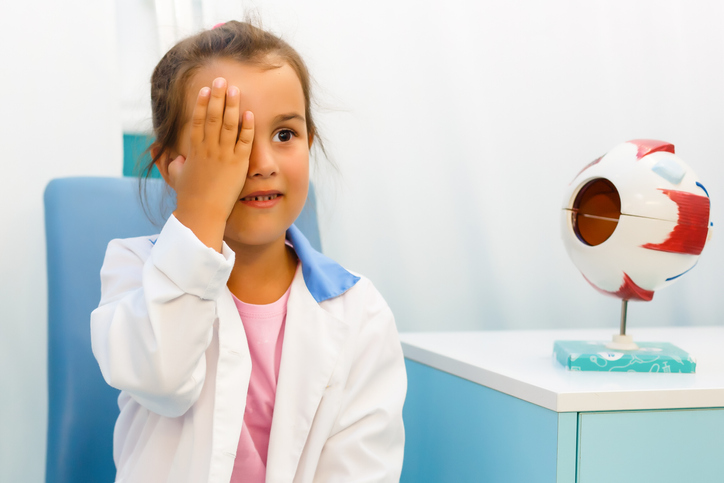 Joining us this week: genetic modification, confidentiality, and short-sightedness.

It has been claimed that creating genetically-modified babies is both ethically justifiable and highly desirable.

Dr Kevin Smith, a bioethicist at Abertay University, has claimed that the risks of gene editing are now low enough to justify its use with human embryos. For parents with a high risk of transmitting serious genetic diseases to their future children, research in this area could provide hope.

In fact, modern studies have shown that the only way to deal with multiple disease-associated genes within an embryo is through the use of genetic modification (GM), and to an extent, previous GM experiments on animals that have achieved protection of offspring against inherited genetic disorders.

Dr Smith stated that through avoidance of delay of common genetic disorders the average disease-free lifespan could be “substantially extended”.

Genetic modification is a complex area of science with multiple potential benefits alongside many potential ethical problems. This story highlights a major potential benefit to parents with a high risk of transmitting a serious genetic disease to their future children, allowing them to have children without the fear of passing on a debilitating and life-shortening disorder.

Question to think about: How do you feel about the use of genetic modification to reduce the risk of passing on serious inherited diseases from parent to child?

A woman is suing three NHS trusts after she was not informed that her father had Huntington’s disease.

The father tested positive for Huntington’s Disease and told doctors he did not want his daughter told about the diagnosis for fear that she might commit suicide or have an abortion.

Any child of a person with the condition has a 50% chance of inheriting it. The woman, ABC, has told the High Court that she would have had an abortion if she had known at the time of the pregnancy however, she only found out four months after giving birth.

She told the court that she had found out about her father’s condition by accident and has been tested, finding that she also carries the Huntington’s gene. Her daughter has not been tested, but carries a 50:50 chance of inheriting the disease.

The court heard that after ABC learned of her father’s diagnosis, her sister also became pregnant and that ABC had asked doctors not to tell her sister that her father had tested positive for the disease.

If ABC wins the case, it could trigger a major chance in the rules that govern patient confidentiality, and raise questions over the potential duty of care owed to family members following genetic testing.

Maintaining confidentiality is both a legal and ethical responsibility of healthcare professionals and doctors should not disclose any patient information without the patient’s consent except in some circumstances.

If human life is a t risk of harm, a doctor must decide whether to break confidentiality. The father had expressed that he did not wish for his daughter to be informed about his diagnosis.

Question to think about: Was there a duty of care to disclose the confidential information to the woman about her father against his express wishes?

A genetic test is being developed to identify children at risk of developing severe short-sightedness.

Short-sightedness, also known as myopia, typically develops during childhood and is thought to affect up to one in three people in the UK. One in ten people are genetically predisposed to severe short-sightedness, however, not all of these people will develop the condition.

Myopia is easily detected with an eye test and can be corrected with glasses or contact lenses, however, it does increase the risk of glaucoma, cataracts and degeneration of the retina. Whilst it is possible to slow progression using purpose-designed and contact lenses, there are currently no treatments available to prevent the condition.

Severe short-sightedness can increase the risk of other conditions and there is currently no cure to reverse the condition. Current testing is easy, non-invasive, and accurate however the condition may not be detected until much later.

Early testing and prediction of risk can give parents and doctors the opportunity to begin treatment and slow progression right from the start. Early diagnosis may also provide opportunities for research to develop preventative methods and cures.

Question to think about: Given that the condition is not fatal, how might genetic testing for short-sightedness impact upon the patience?