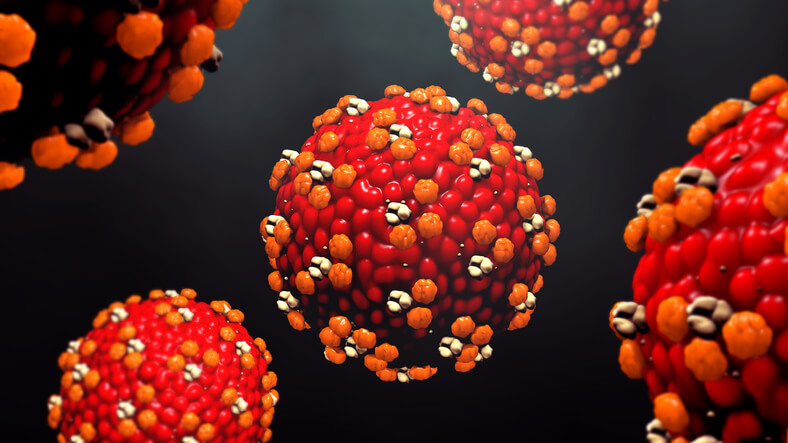 Welcome to the latest edition of the medical news. Every 2 weeks we bring you the key healthcare topics that have recently been under the microscope.

It has been reported that mumps levels have reached the highest levels in a decade in England. 5042 cases were reported in 2019; 4 times the amount in 2018, and the highest number of cases since 2009.

In January 2020 there were 546 reported cases of mumps compared to 191 in the same period the previous year. Mumps is a viral infection with the most notable symptom of large painful swellings just under the ears, giving a ‘hamster-face’ appearance.

There is no cure but the infection usually passes within 1-2 weeks. Complications are rare but serious; including viral meningitis, and swelling of the ovaries and testicles in people who have been through puberty.

Mumps is an airborne infection so it is usually spread by droplets produced by coughing or sneezing for example.

It is not just mumps that is on the rise, last year the UK lost its measles-free status 3 years after it was given the status by the WHO.

This measles-free status meant that no cases originated in the UK. Public Health England is urging all people to ensure that they have had 2 doses of the MMR vaccine in order to reduce the spread of mumps. Before the vaccine was introduced, 8 out of 10 people developed measles, mostly as school-aged children.

The uptake of the MMR vaccine reduced to around 80% after Andrew Wakefield (now struck off the UK medical register) published a study linking the MMR vaccine to autism in 1998.

This link, which is now discredited, undoubtedly had an impact on many parents choosing to not have their child vaccinated with the MMR. The MMR vaccine uptake levels reached a low of 79% in 2003 before slowly increasing again.

However, there has been a decline in the uptake of the vaccine again in recent years. The drop in children receiving the MMR vaccine around the time of Wakefield’s publication has resulted in high levels of now university students being unvaccinated. Most cases of mumps are being seen in clusters of university students.

The MMR vaccine was introduced in the UK in 1988 with a second dose added to the immunisation schedule in 1996. The target is to have 95% of children vaccinated in order to achieve herd immunity – a high enough level of protection in the population that means that the disease cannot spread. However, no area in England is currently achieving this level of vaccination.

Question to think about: How would you run a public health campaign to increase awareness of the importance of vaccines, and encourage people to keep themselves and their children up to date on their immunisations?

A woman who was left infertile from chemotherapy to treat breast cancer has given birth to a baby from an egg that was frozen prior to her treatment. Seven immature eggs were taken and frozen when she was 29, and preserved until they were needed for use 5 years later.

Eggs have previously been matured in the lab and have produced pregnancies but this is the first time a pregnancy has been possible from an egg that was frozen after it had been matured. The details of this case, from Antoine Beclere University Hospital near Paris, were published in Annals of Oncology journal.

Doctors decided that using traditional IVF techniques to stimulate the ovaries to produce more eggs to then be extracted and stored, might exacerbate her cancer. The woman then had to decide if she wanted to freeze some immature eggs or a section of one of her ovaries.

She decided the latter was too invasive as it would involve reimplantation after recovery from the cancer treatment. The early-stage eggs were extracted then matured using a process called in vitro maturation for 1-2 days in a lab before being frozen rapidly with liquid nitrogen in a process called vitrification.

This process aims to reduce the risk of ice crystals forming on the frozen eggs and rupturing them. Six of the woman’s seven eggs survived the thawing but only one went on to develop into a healthy embryo suitable for implantation. Two more women are now pregnant having had the same procedure.

Cancer treatment such as many chemotherapies can leave survivors infertile. This report offers hope for those hoping to have a child after their treatment that renders them infertile.

It was unknown whether a viable pregnancy could be produced from an egg that had been matured then frozen. Freezing a section of the ovary to be reimplanted is said to be more reliable but if the cancer has infiltrated the ovary this is not an option and it is also much more invasive.

Although this is said to be a difficult and not very efficient process, it provides another option for women who have exhausted all others.

More work needs to be done on making the process more efficient as currently most frozen eggs do not develop well enough to produce healthy pregnancies. The amount of immature eggs that can be extracted also varies between women.

This new fertility treatment offers hope to women undergoing cancer treatment that may make them infertile in the future.

Question to think about: What are the ethical considerations when deciding what to dowith unused frozen embryos after a fertility treatment such as IVF?

Over a month and a half from the first reported case, coronavirus is still a major feature of the health news. There have been over 75,000 people infected with over 2,000 deaths so far and over 1,000 cases outside China.

This coronavirus, now named Covid-19 by the WHO, has spread to 28 countries and has caused 6 deaths outside of China. Covid-19 has a fatality rate of 2.67%.

For context, a typical seasonal flu has a mortality rate of around 0.1%. This week has seen the first death due to the virus in Europe, a second death in Hong Kong and the first case in Africa.

Despite the huge increase of cases week on week, a report from the Centre for Disease Control and Prevention in China has suggested that the outbreak in the country has reached its climax and that the levels of new cases are declining.

It is important that this is taken with caution, as epidemics often have more than one peak. It has been suggested that for Covid-19, this could potentially occur around the 21st of February, as people return to work after the extended holiday period in China.

Other models and estimates suggest that the climax is yet to come, with some recommending that it will be any day now, and others proposing that the climax of this epidemic is still months away.

Some have suggested that China has ‘sacrificed a province to save the world’. The tight quarantining of an entire province has likely worsened the spread of the virus within this area but has likely curbed the spread to other countries to a fraction of what it might have been without this measure.

Resources in Hubei province are running low and healthcare staff are being sent in from other areas of the country to try to keep up with the demand for medical care.

The effect of the quarantine measures is unclear; they may or may not have reduced the number of cases and might have just extended the time it will take the epidemic to increase.

China has launched more than 80 clinical trials to test coronavirus treatments. They are testing some drugs that are already established treatments or undergoing trials to treat other conditions, such as two HIV drugs.

Other traditional Chinese medicines that have been used for over 2000 years some of the other remedies enrolled in clinical trials. HIV antiretroviral drugs are suggested to be the most promising candidates. However, one company is struggling to recruit even half the number of people it requires. Only time will tell if any of these trials will translate into a cure for Covid-19.

Question to think about:What is the role of the media in this outbreak, and what positive and negative effects does this bring?

Create your own user feedback survey