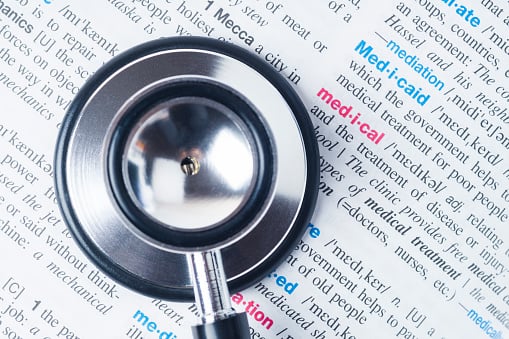 This week, we will discuss the following topics: doctors’ use of medical jargon, new personalised cancer therapy for children, and the national bowel screening programme.

Doctors have been informed by the Academy of Medical Royal Colleges that they should write letters in “plain and simple English” rather than using medical terminology. This is with the aim of making the letters easier for patients to understand. Latin terminology, which is so commonly used by medics when discussing signs and symptoms, may inadvertently cause a lot of confusion and anxiety and leave patients unsure what is going on. The initiative (entitled “Please Write to Me”) also includes a drive to address letters to patients themselves, rather than to their GP.

Modern medicine is attempting to move away from “paternalism” – the ideology that the doctor knows best and has all the control over a patient’s health. Instead, patient autonomy is being promoted, empowering patients to make their own decisions.

This new initiative embodies this concept, as it aims to involve patients in decisions about their health by making the discussions easier to understand. Patients cannot be said to be truly autonomous if they do not understand their conditions or the decisions being made.

Question to think about: would you be able to define the terms “autonomy” and “paternalism” in an interview? Read more about autonomy here!

A new treatment for aggressive childhood leukaemia has been approved for prescription on the NHS. NHS England reached an agreement the manufacturer Novartis for a price which was “fair and affordable” – the drug is listed at £282,000 per patient but it is not known how much the NHS will pay.

The chemotherapy drug, called “CAR-T” is a novel treatment which involves personalisation of the drug before delivering it to the patient. A sample of patient’s own blood is taken to a lab and the T-Cells are genetically modified to destroy cancer cells once the blood is given back to the patient.

This is the first of a new class of “personalised drugs” for cancer therapy, which are expected to rapidly expand in popularity and usage. However, these drugs will probably remain extremely expensive for the foreseeable future.

Drugs with prices like this always raise the ethical issue of whether it is right to spend large amounts of NHS funding on one patient, when the same money could be used to treat many other patients with a different disease. This is a utilitarian argument. On the other hand, you could consider that it would not be “just” not treat patients with leukaemia just because their treatment is more expensive.

Question to think about: can you think of any other ethical principles to apply to this news story? Read more about justice here, and get a broad view of different ideologies including utilitarianism here!

Bowel cancer screening ignored by over half

The bowel cancer screening programme has seen a reduction in those taking part, from 53% in 2010 to 49% in 2015. Worryingly, those least likely to take part are males, and those living in more deprived areas. England is now pushing the bowel screening initiatives for over 50s rather than over 60s, to try to increase the number of cases of bowel cancer caught early.

Furthermore, there is a new test in the pipeline which would only require one sample, as the kit currently requires three. This is also hoped to have a positive impact on the uptake of the screening programme, as it will be easier to take part.

Screening tests are very important in healthcare – they are part of “secondary prevention” of disease, which involves reducing the impact of a disease once it is already established but in its earliest stages. This should hopefully allow treatment to be implemented and minimise the impact of the condition.

Other types of prevention include “primary prevention”, which aims to prevent a disease before it ever occurs (such as immunisation, or education around healthy lifestyles in schools). Finally, “tertiary prevention” aims to help patients manage chronic conditions and prevent any further deterioration or long-term consequences. For example, good control of diabetes may be able to prevent future kidney damage.

Question to think about: why do you think the NHS are focusing heavily on primary and secondary prevention? Think particularly about budget constraints… read more about NHS funding here!