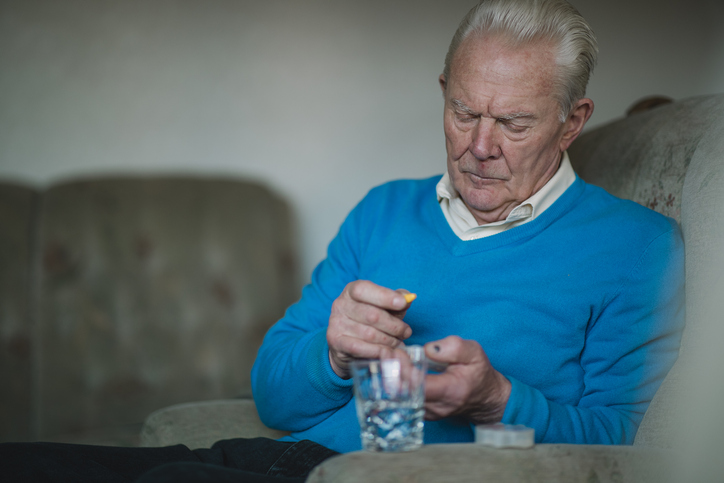 Joining us this week: healthy ageing, the alcohol epidemic and antibiotic resistance.

Recent research shows that electrical stimulation of the vagus nerve leads to improvement in sleep, mood and body.

The vagus nerve is a large nerve originating in the brain connecting the heart, lungs and gut, and it is fundamental to the body’s functions such as breathing and heart rate.

As we grow older, the nervous system wears down and increases the risk of diseases such as high blood pressure and anxiety.

A small study found that a small branch of the vagus nerve can be stimulated via the skin in parts of the outer ear, which re-balances the nervous system and improves mood, sleep and body. It is painless, but some say it feels ticklish.

These results are “just the tip of the iceberg” and the potential for this therapy is as far reaching as heart failure, depression and irritable bowel syndrome.

An imbalance between the sympathetic and parasympathetic systems appears to occur naturally with age, potentially increasing the risk of common diseases such as high blood pressure.

Many accept that ageing generally brings a greater risk of disease, but this research shows a potential reason why and more importantly a potential treatment.

Question to think about: How do you think care can be improved for older generations?

A recent study found that alcohol rehabilitation funding has decreased by more than £100 million since 2012.

With 10% of patients in hospital being alcohol dependent, alcohol rehab services have never been more important. Yet the services in England have lost around 30% of their budgets since 2013, which is when local authorities took over control.

Researchers say that making cuts to these effective services is “a false economy”, as for every £1 spent on rehab, over £3 is saved in NHS and social care costs.

The cuts mean that those in need of help in England are less than half as likely to access the right help, compared to those in Scotland and Wales.

In response to the problem, part of the NHS ten-year plan aims to create alcohol care teams for the 25% of hospitals with the highest rates of alcohol related admissions.

However, with alcohol-related conditions within the NHS estimated to be 20-30 times higher than official statistics, some are calling for alcohol care teams to be in every hospital.

The high rates of alcohol-related admissions have been a substantial issue for the NHS and social care services for years, especially when coupled with continuing funding cuts.

The new NHS 10-year plan has a sharp focus on prevention, with alcohol and drug services included. As evidenced by the statistics, prevention is not only good for health, but it is financially healthy too.

Question to think about: Alcohol related hospital admissions are high. How would you approach this issue?

When an infection cannot be treated with anything else, a drug class called carbapenems are used. A Europe-wide study now shows that a form of Klebsiella pneumoniae is now resistant to these last-line antibiotics and spreading across hospitals.

The total number of deaths from carbapenem-resistant K.pneumoniae has risen from 341 in 2007 to 2094 in 2015. This is hugely concerning, but most concerning is that without action, numbers will continue to rise.

The recent study found that the bacteria is spreading from person-to-person, with hospitals being a key facilitator of transmission. Now, researchers are calling for an increase in hospital hygiene and identification of the bacteria, in order to control the problem.

Antibiotic resistance is a growing concern for everyone, with some describing it as the biggest health crisis we face. Bacteria constantly mutate and eventually may become resistant to an antibiotic.

Many schemes are trying to tackle the problem, especially preventing overuse and inappropriate prescribing.

Although there is an abundance of research in this field, bacteria are evolving at a dangerously fast rate and many worry that we are not finding solutions quickly enough.

Question to think about: Describe your understanding of antibiotic resistance and why it is a concern.