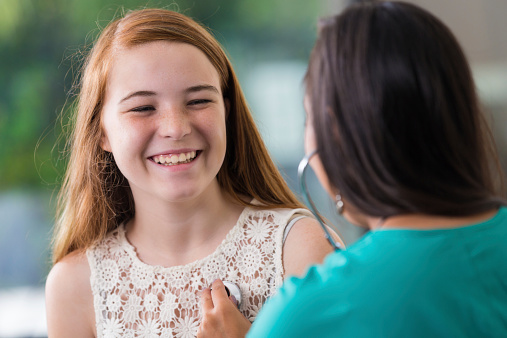 NHS England states that from summer 2019, free sanitary products will be available for women and girls in hospital.

The move made medical news headline, following a recent campaign from the BMA that revealed that two in every five hospital trusts do not supply free sanitary products to those in need, or only in emergency situations.

Furthermore, the campaign questioned why many hospitals supply free razors and shaving foam for men but no sanitary products for women. Shockingly, 27 trusts do not provide free sanitary products or a place on site to purchase them.

The reaction to the statement has been positive but there is now an energy for more action against ‘period poverty’. Charities and activists are now campaigning for free sanitary products to be accessible everywhere, not just in hospitals.

Being in hospital is perhaps one of the most stressful experiences for somebody, so providing sanitary products will only help and ease women through that time. The main argument against supplying free sanitary products appears to be funding.

Question to think about- Debate whether hospitals should routinely provide non-medical supplies to patients staying in hospital, such as shaving or sanitary products.

Motor Neurone Disease (MND) is a progressive, incurable illness that causes the decline of nerve and muscle function. Mr King, diagnosed just 18 months ago, needed constant care including feeding via a tube.

He passed away just days after giving an interview to raise awareness for MND, by removing the mask he relied on for air and to stay alive. This was not an assisted suicide.

Mr King stated in his interview that the decision was one he had thought about for a long time, and that needing a carer to do everything for him, including getting out of bed, made him feel useless. His wife also understood the decision, explaining Mr King suffered 24/7.

Despite Mr King’s wish to end his life, he did not advocate for a change in the law for assisted suicide. He explained that “it could make people vulnerable to pressure”. This comes as a contrast to previous right-to-die campaigners with MND, who have challenged the law on assisted dying.

Euthanasia and assisted dying are common topics of debate in the medical news, especially in the context of diseases such as MND, which progressively worsen without a cure.

In the UK, active euthanasia (meaning death by an action such as an overdose) and assisted suicide (meaning suicide via the aid of another person) are both illegal.

Passive suicide (meaning death by omission, such as refusing treatment) is legal. In this case, death occurred by omitting air and refusing the breathing mask, meaning no laws were broken.

Although there have been numerous high-profile cases of people wanting the law to change surrounding assisted dying, Mr King highlighted the potential problems with this, including increased vulnerability.

Question to think about- Debate whether euthanasia and assisted dying should be legalised in the UK.

In the second case of its kind, a UK patient is ‘free’ of HIV after a stem cell transplant.

In exciting medical news, a male patient from London who was diagnosed with HIV in 2003 and Hodgkin’s lymphoma, a cancer of the immune system, in 2012, has now been declared HIV-free.

He received chemotherapy to treat the cancer and a stem cell transplant from a donor who was resistant to HIV. These treatments combined led to the remission of both his cancer and HIV. He no longer needs to take anti-HIV drugs.

Researchers say it is too early to say whether the patient is cured, as cells carrying HIV can remain in the body for many years.

A case like this occurred once before, 10 years ago in Berlin. Scientists are reassured that the Berlin patient was not a ‘one off’, and that this type of therapy can be successful.

Although this case brings hope for the future, this specific treatment is too risky and impractical for the millions of HIV patients across the world.

CCR5 is the most common receptor that HIV-1 uses to penetrate and infect cells. A very small number of people have two mutated copies of the CCR5 receptor and are therefore resistant.

This means gene therapy holds promise for future HIV treatment and may ultimately lead to a cure for HIV.

Question to think about- Discuss some issues you are aware of surrounding confidentiality and HIV.