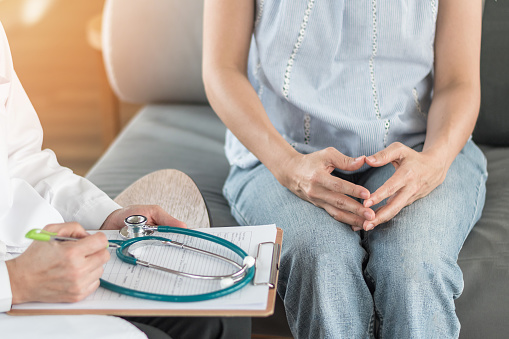 The charity Breast Cancer Now urge for annual screening for younger women who are at risk.

Currently, women considered at risk start their screening at the age of 40 on the NHS.

According to the latest medical news, A study conducted by the charity found that annual screening for ‘at risk’ women between ages 35 – 39, led to earlier detection of breast cancers.

More exploration into the effectiveness, risks and costs of earlier breast screening is required to consider extension of the programme.

Breast cancer is the most common cancer in the UK, with 55,000 diagnoses made each year. 5-15% of cases have a link to a family history.

Breast cancer can be much more aggressive in younger women and fatal.  This why there is a call for early intervention and annual screening for those with a family history, as it could potentially save many lives.

Breast cancer survival is at its highest on record. Currently, the screening programme is open to women between the ages of 50 and 71, and offers routine screening every 3 years.

Question to think about- Describe how being labelled ‘at risk’ of a serious illness may affect a patient.

In other fascinating medical news, The Every Day is Different campaign aims to target those under 40 and encourage them to enter the social care sector as care workers, therapists and activity coordinators.

With over 100,000 job vacancies in social care (a number expected to rise after Brexit), there is a concern that the lack of community staff will damage the NHS.

Although there are already 1.4 million people working in the sector, this figure needs to rise to just over two million by 2035, in order to cope with the ageing population.

For many years, there has been a call for health and social care services to work more coherently together, in order to provide the best service for patients. However, a key problem is that social care funding is disproportional to that of health care.

The ageing population means pressures on and need for social care is constantly rising, but a lack of staff and funding mean the service is struggling to meet these demands. This ultimately leads to longer hospital stays for patients who are medically fit to go home but cannot, due to a lack of social support in the community. This is one of the main factors contributing to ‘winter crises’ or ‘lock downs’.

Mental health among children and adolescents described as an “escalating crisis”.

In recent medical news, CAMHS, the Child and Adolescent Mental Health Services, has seen the number of children seeking help more than double over the past two years.

However, an NHS Survey of young people in England has shown the proportion of under-16s experiencing a mental disorder, including anxiety and depression, has risen from 11.4% to 13.6% between 1999 and 2017.

The findings show a smaller rise than many had thought. Nevertheless, there has been a small but genuine rise in diagnosable emotional disorders, particularly amongst girls.

There is a big difference between the number of children who have diagnosable mental disorders and the number of referrals to CAMHS, suggesting the rise in referrals is due to more young people seeking help rather than more people being unwell.

Additionally, there has been a 6-fold increase in young people self-diagnosing themselves with a mental disorder between 1999 and 2014.

Young people’s mental health is an undeniably important issue. Its services are notorious for not being able to meet the demands, with month-long waiting lists in some areas of the country.

The difficulty in estimating the scale of the problem is that many young people do not present to the healthcare services for help. In England, the number of girls admitted to hospital for self-harm has doubled since 1997, but a substantial number never present to hospital after harming themselves.

Question to think about- What are the current problems with the mental health services?