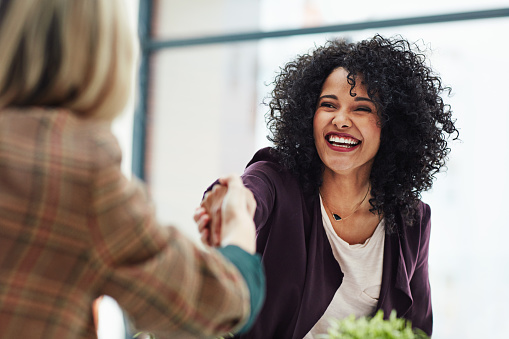 As an applicant to medical school few things scared me more than the thought of a panel interview.

Is it possible to talk with a bunch of strangers for 20 minutes straight without saying something stupid? Is it true that interviewers are heartless creatures who enjoy keeping a tally of how many applicants they’ve made cry? These were the kinds of questions I had whizzing around my mind as I prepared for interviews.

Thankfully the interviews were nothing like what I had expected. So here are some myths uncovered to save you from worrying about panel interviews.

Got a med school interview? Book a space on our Interview Course!

Myth #1. The longer the interview, the better you’ve done

People seem to think that there is a correlation between the length of their interview and the likelihood of being given an offer. This is not necessarily true. If you have managed to answer your questions succinctly AND fully then its fine.

It’s better to keep your answers (and interview) short and sweet than babble just for the sake of filling up time. Doing that risks you saying things that you’ll later regret, or, even worse, losing the panel’s interest.

These people have probably had a long day of asking students the same set of questions and if they get bored they might miss the good stuff you have to say!

Myth #2. If you make a mistake it’s game over

In an MMI you get several opportunities to make a good first impression and if one station goes wrong it doesn’t matter because you get a fresh start at the next station. Whilst you do not have that luxury in a panel interview, it’s not the end of the world if you make the odd mistake here and there.

The panel interview gives you a powerful tool that can compensate for little slip-ups- the power of time. You get time to settle down into the interview without having to worry about a buzzer going off to tell you to move on.

As you get comfortable it’ll be easier to show your personality and passion. By the end of the interview you’ll feel like you’ve built a good rapport with the panel. This means that even if you have said something silly, they’ll be more likely to remember the general good impression you have made.

Do I have proof of this? Yes!

During an interview and in a fluster I clumsily worded myself and accidently made an offhand comment about GPs. There was a GP on my panel and so I was horrified. But another question found me chatting excitedly to her about experimenting with shortbread recipes. To my surprise, a few months later I received an offer.

This is really not true. The content of MMIs and panel interviews are in fact very similar. Think of a panel interview like it’s the movie version of a TV drama series.

Essentially the questions you’re asked in either interview will be assessing you for the same things. For example, while panel interviews don’t have role play stations they can easily ask you what you would do in certain ethical or difficult situations.

All this means that as long as you have prepared some good answers for common questions and scenarios, you will likely do well in both types of interview.

Read our guide to MMI preparation>>

Prepare for your panel interview with our one-day Interview Course! Created by qualified doctors, our course equips you with top techniques to tackle all types of medical school interview question.