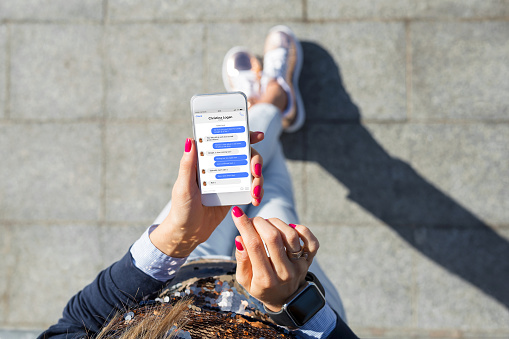 Joining us this week: fast food and public health, medical jargon and the impact of social media on mental health.

MP described McDonald’s Monopoly as a “danger to public health.”

The topic hit headlines this week just as the McDonald’s Monopoly campaign is set to commence. The campaign gives customers the chance to win prizes by collecting stickers, providing an incentive for the public to buy fast food.

As 25% of children in England are overweight or obese at 5 years old (33% by the end of primary school), MP Tom Watson has called for the cancellation of the marketing campaign. He explains, “As a society, we have a responsibility to safeguard the health of our children.”

This comes as the government considers banning junk food TV adverts before 9pm, in a bid to tackle childhood obesity.

Simplified, this issue burns down to one question. Should the public be responsible for their own health choices? In response, McDonald’s have explained that there are healthier options available and there is clear availability of nutritional information. Ultimately their concern lies with consumer choice.

To what extent should public choice be restricted for overall health benefit? The answer is not simple, as by 2023, 1,000 more children per year are likely to require treatment for problems associated with severe obesity. Some argue we have a moral obligation to address this.

Question to think about: do large fast food chains have a responsibility to address the childhood obesity crisis?

The NHS websites are replacing medical jargon with simpler language.

The health service has revealed its websites will now be using words such as ‘poo, pee and sick’ rather than faeces, urine and vomit.

The NHS have stated that medical terms such as ‘faeces’ and ‘stool’ are quite unfamiliar to those outside of the health care professions. However, the NHS uses these terms throughout their websites. Additionally, terms such as ‘poo’ and ‘pee’ are what the public tend to search for online when they want health information.

By changing to a simpler, more common language, accessibility and understanding of health care information will increase and overall health will benefit.

Communication skills are at the core of good medical practice, so it is something medical schools look for and a skill developed throughout a medical career.

Question to think about: describe a time you used good communication skills and why it was important.

MPs are calling for a tax on social media companies.

The story follows a yearlong inquiry into social media and its impact on health. The report recommends the industry needs to act to protect young people and children online.

The inquiry finds that social media has many positives, including providing a supportive community and a place of learning. However, its negatives include exposing young people to cyber-bullying, self-harm and low self-esteem.

The recommendations from the inquiry include tax on social media companies to fund research, to commission robust research into social media and mental health, and reviewing whether the ‘addictive’ nature of social media is severe enough to be a disease.

In the big picture, social media has been present for a relatively small amount of time. It is undeniable that social media has influenced our world and generations, but it is too early to confirm what the long-term effects are going to be.

The report recognizes the positives of social media, but also highlights how social media can exacerbate mental health problems. Big issues to be aware of are body image, seeing portrayals of a “perfect life”, cyberbullying and exposure to self-harm and destructive thoughts.

Children and young people are most vulnerable to these issues, which among other factors, may be contributing to the rise in demand for the child and adolescent mental health services (CAMHS).

Question to think about: explain the factors you think are contributing to the child and adolescent mental health crisis.