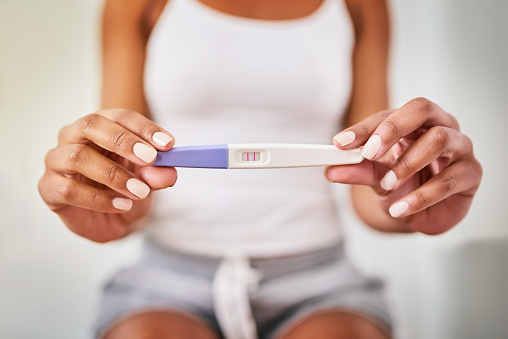 This week, we will discuss the following topics: initiatives to increase breastfeeding, call for changes in abortion legislation and statistics on GP appointment availability.

The Scottish government has announced an initiative to encourage breastfeeding, pledging an extra £2m in order to almost double current funding. A report published last year showed that breastfeeding rates in Scotland were low when compared to other countries – the new funds with go towards tackling the barriers facing breastfeeding women and the problems that prevent them from doing so.

The World Health Organisation recommends that babies are exclusively breastfed for six months, and thereafter given complementary foods alongside breastfeeding up to the age of two years. However, figures from Scotland have shown that even at six weeks the breastfeeding rates are at around 41%, and continuing to drop thereafter.

It’s good to be aware of the World Health Organisation recommendations for breastfeeding. Their aim is to allow optimal growth and development in children and the recommendations are based on strong evidence from large reviews, with the quality of the evidence assessed and deemed to be high.

However, there are some big barriers to continuing breastfeeding for six months – for example, it relies hugely on the mother being always available at feeding times, which may limit the option of going back to employment or leaving the child in the care of others.

Question to think about: can you think of any other barriers to breastfeeding? How would you tackle these barriers? Read more about NHS hot topics here!

Experts from the Royal College of Obstetricians and Gynaecologists have called on new Health Secretary Matt Hancock to update abortion legislation in England in line with changes in Scotland and Wales, allowing women to take medications for abortion at home rather than in clinics.

At the moment, the law requires women to take two doses of the medication in a clinic before going home. However, this leads to women beginning the miscarriage process on their way home, described by some as “humiliating”.

The Society for the Protection of Unborn Children Scotland, an anti-abortion group, have challenged these changes, concerned about the trivialisation of abortion and the potential for physical and psychological harm to the women concerned.

Abortion is a contentious issue for many. Previously illegal, it is now legal when medically supervised and when certain criteria are met, including the potential for physical and psychological damage to the mother or foetus. Many put forward the slippery slope argument, whereby small changes in legislature always eventually lead to bigger changes which were not initially intended.

For example, some argue that the law allowing mothers abortion when at risk of psychological distress, has essentially allowed abortion for anyone, which was not originally the aim.

Others argue that this is in fact a positive thing, as mothers should have autonomy of their bodies, and should be allowed to choose to have an abortion if this is their wish.

Question to think about: can you present an argument for and against abortion? Read more about the ethical issues surrounding abortion here!

An analysis by BBC has shown that 10% of patients have no evening or weekend access to GP appointments, which for many means no access to primary care at all, due to employment commitments and inability to take time off.

Just over 50% have what is known as “partial provision”, and around 40% have “full provision”, which is defined as 7-day a week access to appointments between 8am and 8pm.

This was promised by former Prime Minister David Cameron at a conference in 2014, initially with an aim of having this by 2020. Since then, the target has been brought forward to 2018.

It is interesting in this case that the wording of headlines and use of statistics can really alter your perception of the situation. Had the headline been: “more than 22 million patients now have access to GP appointments 8am-8pm, 7 days a week”, you would more than likely have been impressed with the government’s efforts in this domain.

Instead, the headline concentrates on the 10% who do not yet have access to this. This is not to excuse, or put blame on, the government, or the NHS – simply an observation of the power of wording. It is worth noting that NHS England has stated that it is in fact on target to provide full provision care to all in the next two months.

Question to think about: what are the barriers to extending GP availability? Read more about the pressures on primary care here!