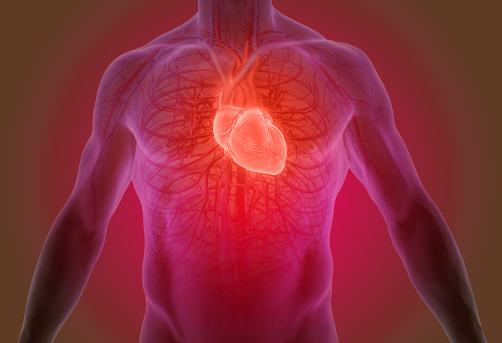 This week, we will discuss the following topics: high death rates and the impact of poor professionalism, risks from pollution, and increased number of deaths from sepsis. Not the most cheerful collection of news items!

A leaked document has revealed that a “toxic atmosphere” at a cardiac unit in London led to higher than usual death rates for cardiac surgery. Mike Bewick, former deputy medical director for NHS England, was commissioned by the trust to produce the report, which revealed a divided attitude within the unit, with some curiously describing it as a “dark force”. The dysfunctional nature of the unit has been identified by all involved, but the hospital has stated that it is taking action, reassuring the public that the unit is safe.

The main theme we can pull from this story is that of professionalism – this is something medical applicants will be expected to display all the way through the application process. In this very drastic example, we can see the potentially devastating results of poor professionalism, which in this case led to unnecessary deaths. It is inevitable that you will come across people in your working life that you will not get along with, or that you disagree with – how you handle this is hugely important in medicine, as it not only impacts you, but the patients you treat.

Question to think about: how can you demonstrate your professionalism? Think about all your interactions with the medical schools you’re apply to e.g. the way you respond to emails or your attitude at interviews. Professionalism is one of the “duties of a doctor” outline by the General Medicine Council (GMC). Learn more about GMC guidelines and other things you can read before your medical school interviews here!

Pollution linked to heart problems even at low level

New research findings have revealed the even low levels of pollution can cause structural changes to the heart similar to those causing heart failure. The study used data from 4000 patients in the UK who had no underlying heart problems. The new level thought to be damaging to the heart is actually below the current UK guidelines for acceptable standards of pollution, indicating that what previously was considered safe is, in fact, not. The British Heart Foundation is urging the government and other public health bodies to act quickly. This is particularly poignant considering the recent tragic death of a 9-year-old girl who suffered an asthma attack due to illegally high levels of pollution in London.

Although previous research had deemed that this low level of pollution was safe, new evidence has proven otherwise. This is a good reminder of the constant need for further research, and the importance of not always taking research findings as “fact”, even if they appear to be accepted by the majority. This is not intended to make you too sceptical and think that all research is wrong – but you should be open-minded and always consider that bigger scale and improved quality research may find a different result. It is also worth noting that “new” research isn’t always “better”.

Question to think about: what constitutes good quality research? Learn more about potential interview questions from our online interview course!

Increased number of deaths from sepsis

Sepsis is a serious and potentially life-threatening condition, in which the body attempts to respond to an infection, but in doing so can lead to organ failure. The quicker treatment is initiated, the greater the chance of survival. Deaths from sepsis in England appear to be on the rise. Figures are up by one third in the last two years, which is attributed by some to the overcrowding and underfunding suffered by hospitals.

If you’re following our news summaries each week, you may have noticed a recurring theme around the spinning of statistics in the news. This just shows you how common this is in the media – it’s important to be aware of this when analysing any figures which you are presented with. Understanding the examples given in these summaries will hopefully allow you to think critically in any interview situation.

Although at face value the numbers indicate a greater incidence of sepsis mortality, the fact that sepsis is being increasingly recognised and coded may be a hugely contributing factor. For example, increased electronic record keeping will be affecting this. If the diagnosis and documentation of sepsis is improving, this may make it seem like more patients are dying from sepsis – when in fact, it could be the same number as before, but more have been identified.

Question to think about: in what ways is electronic record keeping changing healthcare? Find out more about the NHS here and impress your interviewers!