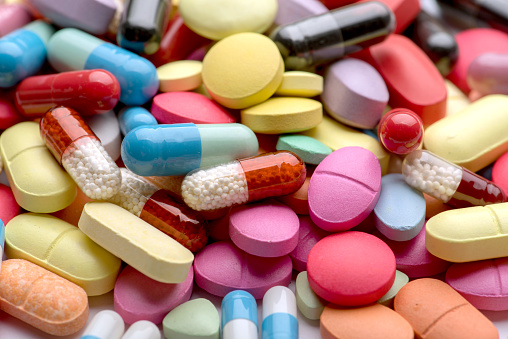 Hello and welcome to our Weekly News Summary, bringing you up-to-date news in healthcare and making it relevant to you as a medical school applicant.

This week, we will discuss the following topics: increasing use of antidepressants amongst children, record numbers of obese children leaving primary school, and problems funding research into HIV treatments.

Book a space on our one-day UKCAT Course!

Book a space on our UKCAT Course

Increased use antidepressants amongst children

Statistics from England, Scotland and Wales have shown an increase in the number of antidepressants prescribed to children. The greatest rise was in England, at 15%. Antidepressant use in children is a controversial topic as there has been evidence of a connection with increased suicide rates. Guidelines on their prescription are stringent, limiting their use to specialist child psychiatrists and requiring intense follow-ups. However, these guidelines are not always followed.

One learning point that you can take from this is to always be critical when faced with statistics. It’s easy to come to the wrong conclusion if the statistic is misinterpreted. For example, in this case, an increase in prescription of antidepressants for children may imply that more children are suffering with mental health problems than previously.

However, this is not necessarily the case; perhaps more children are being diagnosed because there are better services available, or perhaps there are more drugs available for children with mental health problems than there used to be. It is important to think critically in this manner, for example if you have a statistical interpretation station in an interview.

Question to think about: can you use a medical ethics framework to debate whether it is appropriate to prescribe antidepressants to children, considering the heavy risks involved? Read more about the issues surrounding mental health services in the NHS here!

Record number of obese children in the UK

Keeping in the theme with new records in British children, there has been an increase in the number of children leaving primary school severely obese in England, making the figures the highest they have ever been.

The data has also found that obesity is most prevalent amongst the most deprived socioeconomic groups of children. The Department of Health has announced its intentions to try to effect change in this area. However, the chief nutritionist at Pubic Health England has said that these worrying trends will not be quickly or easy reversed.

It is important to think about why obesity is more prevalent amongst the deprived – it seems almost counterintuitive that those with the least would suffer with a problem that stems from excess. However, there are deep rooted societal issues which have caused this paradoxical trend, including the cheap availability of unhealthy, high-calorie food and poorer quality of education surrounding nutrition.

Question to think about: can you think of any interventions which may help the childhood obesity epidemic? Read more about public health campaigns and other NHS hot topics here!

Problems controlling the spread of HIV

Although there was previously a heavy interest in funding research into treatments for HIV, the initial success of interventions has unfortunately led to a reduction in funding, and this is jeopardising efforts to control the disease.

Experts have stated that as it stands, the world is no longer on target to end the pandemic in the next two years, a target set by the United Nations. There are currently about 37 million people worldwide who are living with HIV or AIDS. The number of new cases has been falling, but it is no longer falling fast enough.

Doctors and researchers often have to solve complex problems, and thus it is good for medical school applicants to demonstrate problem-solving abilities. Consider the problem of lack of funding for HIV treatment and testing – how would you be able to solve this? One idea proposed involves combining the facilities for HIV screening with other conditions, thus allowing the same amount of funding to address multiple health problems, making consultations more cost-effective. You may be asked to solve problems individually or as a group in an interview, and therefore it is good to practice by contemplating issues you read about on the news.

Question to think about: can you think of any other reasons why funding for HIV treatment is underfunded? Read more about new HIV treatments here!

Sitting the UKCAT? Our one-day UKCAT Course, created by doctors and education experts, is designed to boost your scores. Book your space today!