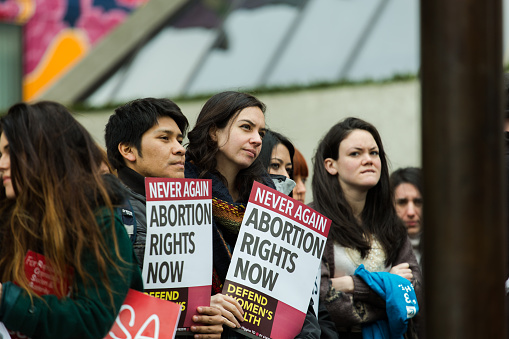 Welcome to this week’s news summary from the 7th to the 14th June 2018. This week, a vote is taking place on a crucial bill that would legalise abortion in Argentina; it’s been reported that more than 2,300 visa applications by doctors looking to work in the UK have been refused, despite NHS shortages – and updated advice from the Royal College of Midwives (RCM) stresses that new mothers should be given appropriate support if they make an informed decision to bottle-feed.

Want the weekly news summary delivered straight your inbox? Sign up to The Medic Portal’s newsletters for medical news, UKCAT tips and more!

In Argentina, the chamber of deputies is voting on a crucial bill that would legalise abortion in the first 14 weeks of pregnancy. Ongoing protests in Argentina have contributed to a gradual shift in public opinion in the traditionally conservative country where the president, Mauricio Macri, said recently that – despite his own opposition to abortion – he would not veto a vote in congress to relax legislation. Access to abortion is hardest for poor women living in conservative areas, and complications related to clandestine abortions are the main cause of death among pregnant women in 17 out of 24 of Argentine provinces, according to Amnesty International.

More than 2,300 visa applications by doctors looking to work in the UK have been refused in five months, official figures show. There were 3,597 requests from doctors for tier 2 visas between 6 November and 5 April, but only 34% were successful. Last month, it was reported that Theresa May was blocking requests by at least three government departments to to allow more overseas doctors to come to Britain to fill NHS staff shortages.

Official guidance states that babies should be exclusively breastfed for the first six months of life, in line with advice from the World Health Organization (WHO) – however, midwives are now being told that women who decide not to breastfeed their child should be respected for their choices. Updated advice from the Royal College of Midwives (RCM) stresses that new mothers should be given appropriate support if they make an informed decision to bottle-feed.

Missed out on recent health news? Read the latest here:

In 2017, over 10,000 people used The Medic Portal to prepare for their UKCAT. Book your space today!