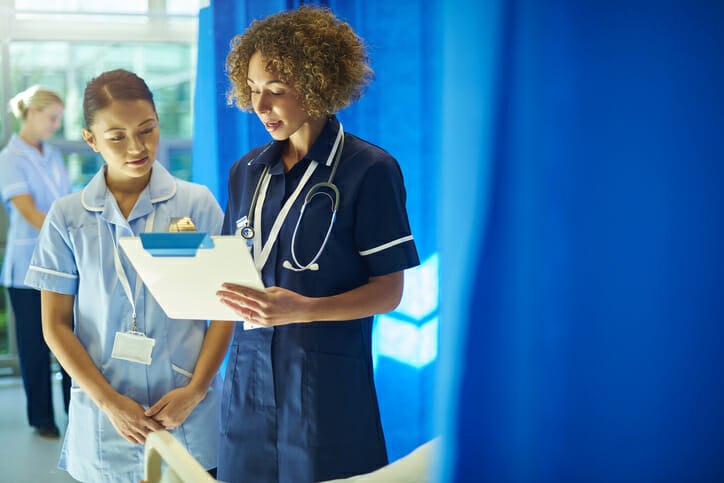 NHS capacity is something we keep hearing about at the moment, but what is it in relation to the current COVID-19 outbreak? Why is not breaching it so important?

Since December, COVID-19 has gone from a localised disease outbreak in one region of China to a full-scale, global pandemic.

In the last few days, despite far fewer confirmed cases overall than in China, Italy’s death toll has surpassed mortality figures of the outbreak in China.

This may seem irrelevant to the NHS, but it’s not. It is a vital lesson in ensuring that the spread of the disease is limited as far as possible to allow our healthcare service to cope.

What is NHS Capacity?

NHS capacity, in relation to the COVD-19 pandemic, is the ability of the NHS to cope with the increased number of patients requiring intensive care beds and ventilators.

The NHS has a finite number of inpatient and critical care beds available. Even with the promised production of additional ventilators and acquiring additional beds from independent healthcare providers, staff availability must also be considered.

Why Is It Important NHS Capacity Is Not Breached?

Once all beds are taken, NHS capacity is reached and any new patients requiring critical care must be turned away.

This would be problematic and is one of the reasons why Italy is experiencing such high mortality rates – their healthcare system has been inundated and overrun with lots of very sick people. They have reached and surpassed their capacity to cope resulting in many preventable deaths.

You have most likely heard the phrase ‘flatten the curve’ repeated many times in updates and on social media and its biggest relevance lies in ensuring that NHS capacity is not breached.

By flattening the curve, you reduce the number of cases at the peak of the outbreak, spreading cases out over a much more extended period of time.

This gives the healthcare system time to react and allows early cases to recover, freeing up beds and capacity for later cases.

There may be a similar number of total cases overall by the end of the outbreak, but by decreasing the number at its peak, you reduce the risk of breaching capacity and running out of beds for very sick patients.

How is the NHS Working to Increase Capacity During The COVID-19 Pandemic?

The government has announced additional measures almost daily to reduce the spread of COVID-19 across the country.

However, evidence suggests that as the outbreak intensifies over the coming days and weeks, the NHS will still come under intense pressure at the outbreak’s peak.

The NHS itself has been putting into action protocols to redirect staff and resources and limit the strain as far as possible. These include:

During this time, the operational aim for the NHS is to expand critical care capacity to the maximum possible and supplement this through block-buying additional capacity in independent (‘private’) hospitals.

In respect of personal protective equipment (PPE) such as face masks, gloves and gowns, it has been reported that nationally there is currently adequate supply.

How Can We Reduce the Risk of Breaching NHS Capacity?

So that was an overview of how the NHS is planning to cope, but what can we do?

In 1918, an outbreak of Spanish flu demonstrated the importance of social distancing. The city of Philadelphia went ahead with plans for a parade with huge crowds in close proximity. In contrast, St. Louis closed schools, playgrounds and even churches within two days of detecting its first cases amongst the civilian population.

The parade in Philadelphia attracted around 200,000 people, facilitating the spread of influenza throughout the population and within days, the city’s healthcare capacity was overwhelmed with the number of sick and dying patients, infected with the Spanish flu.

On the other hand, in St. Louis, where work shifts had been staggered and public gatherings of more than 20 people were banned, the spread of the flu was limited.

By slowing the spread, the healthcare capacity in St. Louis, whilst stretched, did not become inundated. This bought time for doctors to treat the patients as a constant flow rather than a sudden and overwhelming surge.

By practicing social distancing now, we are able to effectively flatten the curve of the COVID-19 outbreak, reducing the likelihood of overwhelming the NHS. It will also buy time for researchers to develop vital vaccinations and anti-viral treatments.

The critical lesson is that the benefits of social distancing are greatest if they are introduced early – before 1% of the population is infected – and maintained.

Until then, practicing good hygiene, quarantining when sick, and maintaining strict social distancing will be key to ensuring the NHS can cope with the influx of severely ill patients infected with COVID-19.

Just a side note; many sporting bodies such as the British Mountaineering Council (BMC) have advised that people take extra care to stay safe during these times.

Putting yourself in unnecessary danger by doing something you are not familiar with and not confident doing, may result in preventable accidents that put rescue teams at risk and use valuable NHS resources at times when these resources are already stretched.

Get outside and take time to exercise and get fresh air, it is important to maintain your mental health at times like these, but maintain your distance and be sensible.

Want the latest on how COVID-19 may affect your medical application? Click here!