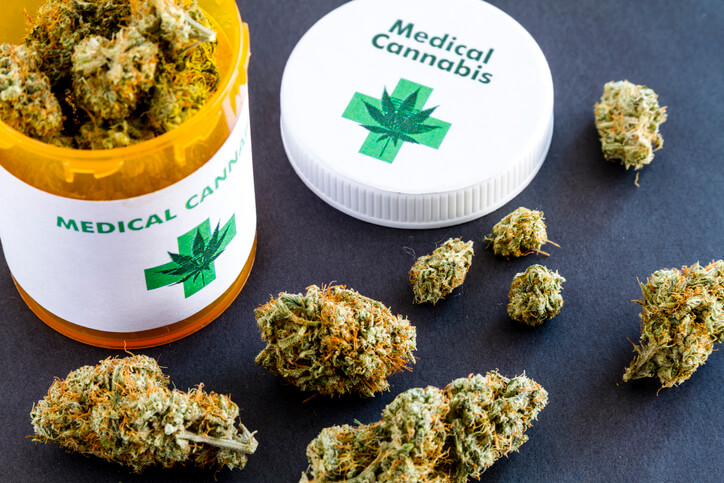 Welcome to the latest edition of the medical news. Every 2 weeks we bring you key healthcare topics that have recently been under the microscope.

The government has announced that patients needing medical cannabis should no longer face long delays in getting their prescriptions.

Changes in importing restrictions mean companies in the UK can now import larger quantities and hold larger stocks of medical cannabis, reducing delays for patients. This should stop many patients from turning to illegal and often unsafe forms of cannabis to ease their symptoms.

Patients currently can wait weeks or months for their prescriptions, but these changes should make medical cannabis available within days. This is especially important for patients with rare or serious forms of multiple sclerosis and epilepsy.

Despite being over a year since regulations allowing prescriptions of cannabis by specialist doctors in the UK, access to the treatment has remained a problem.

Many of the treatments are unlicensed in the UK, making it more difficult for doctors to prescribe them on the NHS.

Specific medical cannabis treatments are approved for use by the NHS for rare forms of epilepsy, spasticity from multiple sclerosis and chemotherapy-related nausea. Medical cannabis prescriptions are only given once other treatments have been tried and have not worked.

Medical cannabis has greatly improved the lives of those in the UK who meet the very specific criteria for receiving the medication.

However, it is unlikely that medical cannabis will be a widely used treatment in the UK any time soon. Very few drugs are licensed, and more research needs to be done on the efficacy for many different conditions.

In November last year, a trial of up to 20,000 patients in the UK was commenced to create a large body of evidence on the drug.

Those patients in the trial will get subsided cannabis products by the end of 2021. The trial is looking at the effect of medical cannabis for patients who either have chronic pain, epilepsy, multiple sclerosis, PTSD, Tourette’s syndrome, anxiety or a history of substance misuse.

Although this is a great first step, there is still a way to go with improving access to medical cannabis. Prescriptions must be done monthly due to worries about abuse and addiction to the drug.

On top of this, very few specialist doctors in the UK can prescribe medical cannabis, making it difficult for many patients to access.

Question to think about: What are the considerations in determining which patients should be allowed prescriptions of medical cannabis?

Scientists have found that a common strain of E. Coli bacteria found in the gut secretes a harmful toxin.

This drives distinct mutations in DNA that causes about 1 in 20 cases of bowel cancer. Colibactin, the harmful toxin, is produced by some strains of E. Coli and Klebsiella pneumoniae.

Researchers in the Netherlands injected E. Coli-producing colibactin into ‘mini guts’, tiny pieces of human gut, in the lab for 5 months, wiping out the bacteria with antibiotics at the end of each week.

When compared to the other group of mini guts that were treated exactly the same (except the E. Coli had their colibactin producing mechanisms disabled), the colibactin group showed unique mutations in their DNA.

Upon analysis of 3600 Dutch and 2000 British bowel cancer samples, around 1 in 20 had these unique mutations caused by genotoxic E. Coli. According to the study published in Nature, colibactin particularly causes mutations in a key anti-tumour gene called APC.

Treating this E. Coli infection with antibiotics or even a faecal transplant to re-establish a healthy microbiome could prevent or delay many cases of bowel cancer.

This provides new hope for preventing bowel cancer. Understanding potential causes or triggers of bowel cancer can help doctors to detect it earlier and hopefully at an earlier stage where treatment is likely to be more effective.

Another aim for the future is to identify people with the genotoxic E. Coli strains and treat them before it goes on to cause bowel cancer. Around 42,000 new cases of bowel cancer are diagnosed in the UK each year,

A researcher in the UK found the same mutations last year and showed that these could build up by age 10. This suggests early screening and treatment might be needed to prevent bowel cancer due to these mutations later in life.

There may be other gut bacteria that have a similar effect to these E. Coli, which is likely to be an area of research going forward.

Although treating this infection could prevent some cases of bowel cancer, around half of cases can be prevented by not smoking, keeping a healthy weight and eating a balanced diet.

Question to think about: How helpful are cancer screening programs at reducing mortality from certain cancers?

Cases of coronavirus are increasing in countries around the world, causing concern about its potential to become a pandemic.

To date, there have been over 90,000 cases in more than 70 countries. There has been a huge spike in places such as Northern Italy, South Korea, and Iran in recent days.

As of Wednesday morning, there were 90 confirmed cases in the UK. On Tuesday the government announced its action plan in the event of mass illness due to coronavirus. The plan has 4 parts: containment, delay, mitigation, and research.

It includes contingency measures such as asking recently retired doctors and nurses to return to the NHS, and relaxed rules on class sizes in the event of teacher shortages.

Later on Tuesday, the NHS declared a level 4 incident over the outbreak. This is the highest level, denoting a national medical crisis.

The NHS has mandated that all patients in ICU be tested for the virus, over concerns that the virus may spread quickly between patients in hospitals and may already be present amongst vulnerable populations.

There have been predictions that if a coronavirus epidemic hits the UK up to 1 in 5 people could be off work at the peak of the virus. The WHO has not yet declared COVID-19 a pandemic, recommending that each country needs its own strategy for dealing with coronavirus, but all countries must start with containment.

When the first reports of the novel coronavirus were appearing, it was hard to predict the situation 3 months down the line. Now, it is looking more and more likely that at some point a pandemic will be declared.

A top US CDC official has said that COVID-19 almost qualifies as a global pandemic, with many countries planning for the WHO declaring a pandemic.

However, the WHO is likely cautious about using the word ‘pandemic’ before the facts truly show that this is the case, as this can cause fear which often does more harm than good, as seen in 2009 with swine flu. It would also signal to governments to put measures in place that may not be necessary yet.

The full impact of the virus is unknown, with the death rate estimated to be between 2 and 5%. However, this is almost certainly skewed by the higher death rates in elderly populations. An analysis of 44,000 cases in China suggests that deaths in the very elderly were 10 times higher than in people who were middle-aged and contracted the virus.

Having a pre-existing health condition such as cardiovascular disease or diabetes also increases the risk of death from COVID-19.

Question to think about: What are the most important things for governments to include in their contingency planning for an epidemic of coronavirus in their country?