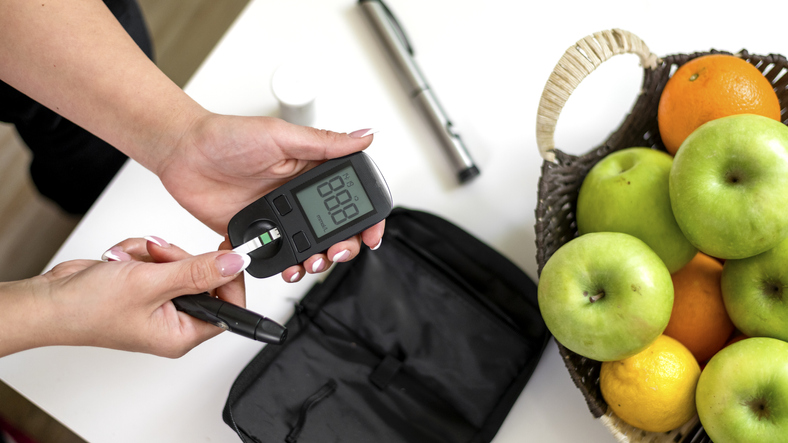 Here we will give you a rundown of what the disease or condition actually is, why it is important, and some example interview questions that you can have a go at.

You aren’t expected as aspiring medics to have huge amounts of knowledge on diseases, but it is good to have awareness of certain conditions that have a big impact on the NHS, public health and large groups of the population.

Diabetes is a condition that affects the body’s ability to control blood sugar. 4.7 million people have diabetes in the UK; roughly 1 in 15 people. There are 2 types of diabetes, Type 1 and Type 2.

Type 1, which is an autoimmune condition, is a lifelong condition where the insulin producing cells in the pancreas are destroyed. Insulin controls blood glucose – putting it into stores in cells when levels in the blood are high, for example just after you’ve had a meal.

There isn’t anything a person with Type 1 diabetes can do to prevent it, it requires management, usually with insulin injections.

Unlike type 1 diabetes, type 2 does not have to be lifelong. Type 2 diabetes is caused by the body becoming resistant to insulin, or the pancreas not making enough. It is often linked to being overweight, physically inactive or having a family history.

For many people who receive a diagnosis of type 2 diabetes, they can take steps to control their diabetes and even go into remission. For the rest of this piece we will be focusing on type 2 diabetes, as it accounts for about 90% of all diabetes in the UK.

It therefore has a larger public health impact and can often be prevented. Type 1 diabetes is an important condition too and knowing the difference between the two is essential.

Why is it important?

Type 2 diabetes affects 3.8 million people in the UK. In 2015, diabetes was the 6th biggest cause of global death, according to the WHO.

Over 10 million people in the UK are at an increased risk of getting type 2 diabetes. Diabetes represents a huge burden on the health system; diabetes and its complications are estimated to cost the NHS £10 billion a year which is about 10% of its entire budget. 1 in 6 patients in hospital now has diabetes.

Risk factors for type 2 diabetes include having a family member with the condition, being of South Asian or Afro-Caribbean origin and being from a deprived area.

Being overweight or obese contributes up to 85% of the risk of developing type 2 diabetes. Hence, with an increasing proportion of the population overweight, levels of type 2 diabetes will only increase.

Type 2 diabetes was once thought of as a condition only affecting older people. However, there are increasing numbers of children being diagnosed.

Currently 1 in 5 year 6 children (10-11 year olds) are obese. More than half of type 2 diabetes cases can be prevented and controlling levels of overweight and obesity are key to reducing the rate of type 2 diabetes.

The government is placing huge emphasis on reducing obesity which is the biggest factor in developing type 2 diabetes.

In another attempt to tackle this growing problem, the NHS launched a Diabetes Prevention Programme in 2018; a programme lasting 9 months helping those at risk lose weight and get active.

Most cases can either be prevented or delayed by increased physical activity, weight loss and improved diet.

Not only does type 2 diabetes have these direct impacts, but it is linked to a higher likelihood of developing other conditions too.

This damage also occurs in smaller blood vessels too, which can lead to other complications such as diabetic retinopathy (causes loss of sight), nerve damage and kidney damage. Each week, diabetes leads to 169 amputations, 680 strokes and 2000 cases of heart failure.

Diabetes has a huge impact on the health of the population and on individual lives.

Are you applying for 2021 entry? Need some advice about the process? Check out our General Advice Sessions

UCAT Courses are now also available as live, fully-interactive webinars. So you can get the same 5-star-rated UCAT strategies, delivered from the comfort of your home.