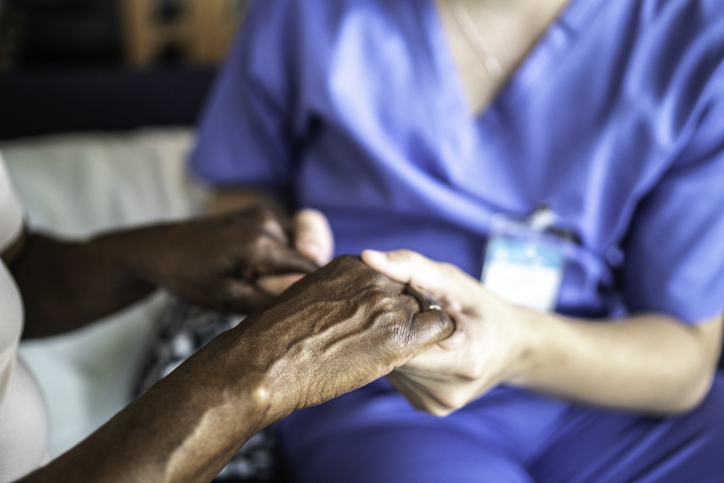 Welcome to this week’s disease spotlight! Here we will give you a rundown of what the disease or condition actually is, why it is important, and some example interview questions that you can have a go at.

You aren’t expected as aspiring medics to have huge amounts of knowledge on diseases, but it is good to have awareness of certain conditions that have a big impact on the NHS, public health and large groups of the population.

This week we are looking at dementia.

Dementia is an umbrella term for a group of conditions that cause deterioration in memory, thinking and behaviour. Dementia affects a person’s ability to carry out everyday tasks. The progressive cognitive decline that is seen in dementia is beyond what is part of the normal ageing process.

Symptoms of dementia can vary depending on what type of dementia the patient has. There can be deficits or difficulties with many aspects of cognition, including day-to-day memory, language, concentration or planning and orientation.

The early signs and symptoms of dementia can include forgetfulness, losing track of time or getting lost in unfamiliar places. The onset is often gradual and therefore early signs can be missed.

As the disease progresses, many people with dementia may have difficulty with communication, need help with personal care and have behaviour changes. Once dementia advances into a late stage, patients become dependent, have difficulty recognising loved ones and can struggle to walk.

Dementia can result from many different conditions, or from injury such as stroke. Alzheimer’s disease is the most common type of dementia, accounting for 60-70% of cases.

Other common types of dementia include vascular dementia, which is often caused by stroke or other disease affecting blood vessels in the brain, Lewy body dementia, where the accumulation of the abnormal Lewy bodies causes brain cells to die, and frontotemporal dementia, which affects the front and side parts of the brain, often resulting in personality changes.

Age is the biggest risk factor for dementia, however almost 1 in 10 cases are defined as early onset; where symptoms begin before the age of 65.

There are modifiable risk factors for dementia, the biggest of which is smoking. Being physically active, eating healthily, drinking less alcohol and keeping your mind active can all also reduce risk of dementia.

Why is it important?

50 million people world-wide have dementia with an estimated 10 million new cases every year. The number of people living with dementia is predicted to rise to 152 million by 2050 and it is a major cause of disability worldwide.

It was the fifth leading cause of death worldwide in 2016 and represented an estimated global societal cost equal to 1.1% global GDP in 2015.

The rise in dementia in the UK presents a challenge to the NHS. Patients with dementia often have more complex needs, and this needs to be taken into account when they are being treated for other issues too.

As the population with dementia increases, the NHS will need new strategies to deal with increased demand for dementia treatment and services.

Prevention or delay of the onset of dementia would not only benefit the patient but also the global community. However, there is currently no treatment to reverse or alter the progressive disease.

A diagnosis is vital for getting support and treatment in place. Non-drug treatments can help a person with dementia to live well; examples include talking therapies, music or art activities, and life story work. Drug therapies can improve symptoms of dementia and in some cases, slow the progression.

In the future, a preventative treatment or curative treatment that either reverses or halts the progression of dementia, would mark a huge turning point in dementia treatment.

However, it is estimated that the prodromal period – the time between the start of the disease course and the first signs or symptoms, for Alzheimer’s could be 20-30 years. Identification of individuals in this period could be key to tackling dementia.

It has been found that delaying the onset of dementia by 5 years could halve the prevalence of dementia globally.

For now, the focus remains on prevention; by educating people on the risk factors that they can modify and a timely diagnosis of dementia. This can allow support to be better put in place and more emphasis placed on living well with dementia.

The final focus is dying well – dying with dignity and putting in place advanced care plans whilst the person still has the capacity to have those conversations.

How much do you know about diabetes?

The University of Buckingham on Preparing for Digital MMIs