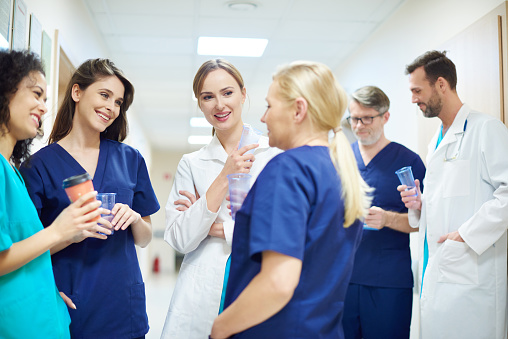 Whilst some may enjoy being tested in this way (GCSE and A-Level drama students, I’m looking at you) many of you will, rightly, not be used to this! However, although it can be challenging, there is nothing to worry about. In this blog I will give you three top tips for role plays in medical school interviews.

Got an MMI coming up? Try an MMI Circuit!

1. Throw yourself into it and pretend the situation is completely real

It is difficult to make the situation feel real when you know it is a role play, and you are assuming a role that may not be yourself. However, the more fake it feels, the less naturally you’ll behave. Try to completely throw yourself in, and pretend the situation is 100% real. Although not a simple feat when you’re in a middle of a serious interview process, this will make it easier, and improve your performance. As an example, in one of my (successful) interviews, I had a scenario where I was comforting someone, and I offered them a cup of tea! To my surprise the actor accepted my offer, and I was left miming the pouring of a teapot, much to the amusement of the examiner, I’m sure.

2. Think about what issues are raised by this scenario and which values and attributes you are trying to put across

Inevitably, these stations are not just testing your drama skills and acting ability. There will be an underlying theme to the situation, which they want you to tease out, so that they can see your reaction to it. This may be dealing with a distressed person, being asked questions you do not know the answer to, reacting to inappropriate remarks or giving instructions, amongst endless other possibilities. So, as well as immersing yourself in the situation, think of some values and attributes which you want to convey to the examiners, and make sure that you put these across (as well as offering invisible cups of tea…)

In my particular scenario, I had to convey my disapproval of actions which were wrong, whilst still showing compassion and empathy for someone who was very upset. Being disapproving without any compassion, or showing empathy to someone who has done something wrong without making your opinions about it clear, both would have been mistakes in this case.

3. Be prepared for anything

My final tip is to be prepared for anything at all – or as best you can be! The scenario may be medical, or it may have nothing to do with medicine at all – or it may have you assume the role of a medical student or other healthcare professional.

You could be in a hospital, a GP surgery, your own house, the street – absolutely anything and anywhere!

Try to practice role plays with your friends or family to get you into the right frame of mind. It would be even better if other people can come up with the scenarios for you, so you can practice very quickly adapting and assuming a role. Good luck!