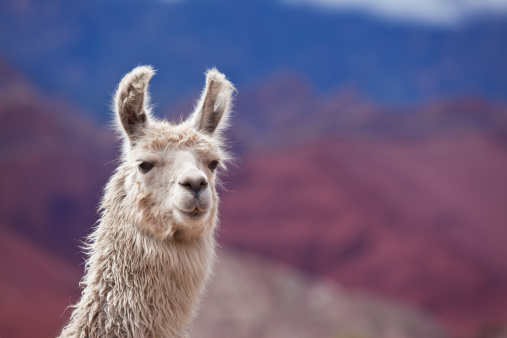 Welcome to this week’s medical news round up! We will be bringing you the healthcare topics that have been under the microscope and making them relevant and useful to you as a medical school applicant.

Joining us this week: Llamas join the fight against flu, abortion laws and plans for UK life expectancy.

Llamas join the fight against flu

Thousands receive the flu vaccine every winter, but it is notorious for its ineffectiveness. This is because influenza constantly changes in order to evade our immune system.

Scientists have discovered that llamas produce antibodies that are much smaller than human antibodies, so they can burrow further into the influenza virus and target the parts that cannot change.

The study involved infecting llamas with different types of flu to induce an immune response. The flu-specific antibodies were then extracted and combined to make a synthetic antibody. The early studies have shown very promising results, with the antibody being effective against 59 out of the 60 viruses tested.

This is an exciting discovery with so much potential, as it could prevent pandemics in the future. As we grow older our immune systems become weaker. The current flu jab relies on our immune system training itself to fight influenza, so the vaccine becomes less effective with age.

The new treatment does not rely on the strength of our immune system, so it could be very beneficial for the most vulnerable in our society.

Question to think about; what do you think is the most exciting development in medicine recently?

Read about how to answer this question: Interview Questions: Breadth and Depth

The ethical issue of abortion has come under the spotlight this week, following the prosecution of a woman in Northern Ireland for buying abortion pills online for her daughter.

This story surrounds a mother accused of buying abortion drugs (mifepristone and misoprostol) for her 15-year-old daughter, who became pregnant whilst in an abusive relationship. The mother is challenging the decision to prosecute, but if it goes ahead, she faces years of imprisonment.

In Northern Ireland, abortion is only legal for women who face a risk to their life or health. Throughout the rest of the UK, abortion is legal and accessible to all women up to 24 weeks of pregnancy, and even later than that if there is a substantial health risk to mother or baby.

Buying abortion pills online, or inducing an abortion without a doctors consent is illegal throughout the entire UK. A recent change in the law means women in England will be able to take the early abortion pill at home by the end of the year, just as women in Scotland and Wales can now.

The main legal argument against her prosecution is that forcing an underage pregnancy would have been considered inhumane treatment under European law.

Abortion is the medical termination of pregnancy, which can be through either medication or surgery. 1 in 3 women will have an abortion during their lifetime, so it is not something to ignore!

As it is a controversial topic, abortion is one of the few procedures that you as a doctor can refuse to carry out on your own ethical grounds. If you do refuse, the GMC state that you must tell patients about their right to see another doctor and you must not express disapproval of their choices.

Question to think about; what is your opinion of abortion?

Read NHS Hot Topics: Abortion for a handy guide to the legalities of abortion and structuring your argument!

Matt Hancock is focusing on preventative medicine in a bid to increase UK healthy life expectancy by five years.

UK life expectancy is 82.9 years for women and 79.2 for men, but Mr Hancock wants to see people live five more years of healthy life by 2035. He aims to achieve this by moving the focus from treatment of disease to preventing disease.

At the moment, £97 billion is spent on treating disease and £8 billion on preventing it. He wants to see more money invested in primary care, saying NHS has been the National Hospital Service for too long. He also aims to encourage people to take responsibility for their own health, particularly focusing on healthier smoking, alcohol and diet habits.

The funding imbalance between treating and preventing disease is huge, and perhaps helping patients to prevent disease is the way forward for the NHS and the nation.

There needs to be solid investment in preventative medicine if it is to be effective. Encouraging people to change their habits and ways takes time, good education, persistence and funding!

Question to think about; what do you think would be an effective intervention to help the public make healthier choices?