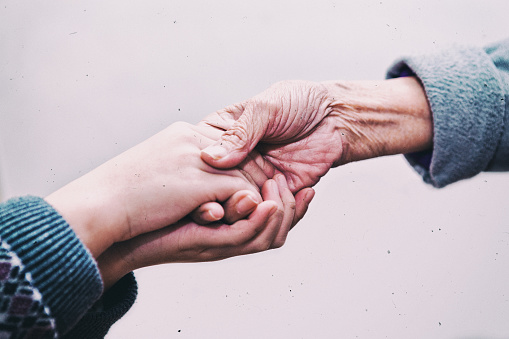 Researchers reveal that a blood test could detect Alzheimer’s disease more than 10 years before the symptoms develop.

As we’ve heard in recent medical news, Alzheimer’s disease starts to develop decades before we see the devastating symptoms, so the focus of current research is on early detection and treatment.

A new blood test can now detect levels of a protein called neurofilament light chain (NfL), which scientists have identified as a useful marker for Alzheimer’s disease.

The research team followed participants both with and without a genetic predisposition for Alzheimer’s and measured their NfL levels.

There is currently no cure for Alzheimer’s, but this protein will allow researchers to test the effect of new drugs in the hope of developing a treatment.

A third of those living with dementia in the UK do not have a diagnosis, so there is an ever-growing need for accurate and early methods of detection.

Although NfL shows promise, according to medical news shows there are concerns its levels can be increased with brain injury and multiple sclerosis. With an ageing population with multiple co-morbidities, it is questionable how helpful this marker will be for such individuals.

Question to think about- Which health and social resources do you think are most important for our ageing population?

WHO states that western culture poses greater health risks to migrants and refugees than it does to host nations.

In other medical news, WHO Europe suggest that although migrants are at risk of falling ill whilst in transit to other countries, they also face more danger when they arrive, due to unhealthy diets, living conditions and obesity epidemics.

The report suggests that migrants and refugees are at greater risk of cancer, stroke and heart disease when they move to more developed countries. They are also more likely to experience depression and anxiety.

The topic of migrants and healthcare is often a political weapon, used to provoke emotion and fear. However, this report shows that the number of migrants and therefore the demand on health services is a lot less than many estimate.

In the UK, those outside the European Economic Area who stay for more than 3 months must pay £150-£200 to use the NHS. The government claims this will combat ‘health tourism’. However, WHO argue that free healthcare is the best way to protect the health of those in host nations and new arrivals.

Question to think about- What is you opinion on charging patients for healthcare?

New data shows that cervical screening rates among women of all eligible ages are at their lowest for 20 years.

Cervical screening, or a smear test, has now become synonymous with embarrassment, pain and fear. These negative connotations have led to the numbers of women attending their routine smear test plummeting.

All women between 25 and 64 received a routine invite for screening. The aim is to reduce the number of women developing and suffering from cervical cancer. Since the introduction of the programme in the 1980’s, the number of cervical cases has dropped by 7% each year.

It is frightening to think that because of embarrassment, millions of women are missing potentially life-saving screening. According to statistics in the medical news, 5 million women are currently overdue for their test.

The fear of pain, embarrassment and general intrusion is completely understandable, but with the right information, may be eased or even eradicated. Most smear tests are not painful but may be uncomfortable, it takes a matter of minutes and staff try their best to make the procedure as dignified, private and comfortable as possible.

Embarrassment is a more difficult issue, as the problem is deeply rooted in society. A larger social movement may be required, towards body positivity and away from teaching young girls to be embarrassed, frightened or ashamed of the intimate parts of their bodies.

Question to think about- How do can we boost the number of women attending cervical screening?