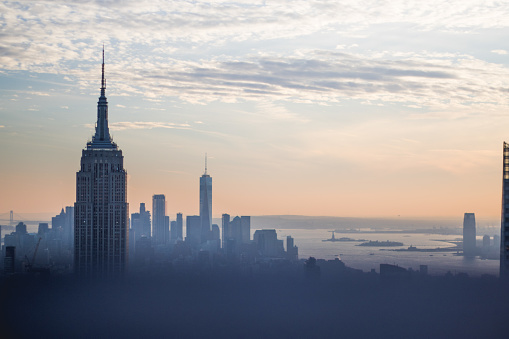 This week, we will discuss the following topics: diabetes and obesity in young people, free medical school tuition in America, and the issues raised by opt-out organ donation systems.

Increase in type II diabetes in children and young people

New figures have shown that the number of children treated for type II diabetes in England and Wales has increased by almost 50%. This is particularly alarming when considering the health risks that diabetes poses, such as heart attacks and strokes. At least three quarters of children with type II diabetes are classified as obese, which is further proof that the obesity epidemic needs to be urgently tackled. Figures also show that a large proportion of children with diabetes are female, from minority ethnic groups, or live in deprived areas.

The disease burden in developed countries differs massively from that in developing countries. It may be quite difficult to believe that those with sufficient food availability would go on to develop a disease associated with overconsumption, whilst some in other countries do not have enough food to survive.

However, the reasons behind the obesity epidemic are complex and often misunderstood, and require a deep understanding of social issues and inequalities within developed countries. It is no coincidence that those living in deprived areas are more likely to suffer from obesity and diabetes.

You should be aware of the importance of looking at trends within countries, as well as between countries. Making a misinterpretation about individuals within a group, based on the average of the group to which they belong, is called ecological fallacy.

Question to think about: what is the definition of health inequality? Why is it important for doctors to be aware of? Read more about government measures for reducing childhood obesity here!

New York University has announced that its medical school places will be free of charge for all students. This is said to be in response to the “overwhelming” debt experienced by most students after graduation, which has been driving graduating medics towards lucrative specialities and away from understaffed posts that are not as well paid.

It is hoped that reduced need for loans and smaller debts after graduating will open up opportunities for graduates to seek a variety of training posts without limiting themselves by fear of insufficient salary.

The UK healthcare system is also struggling to attract medics towards certain specialities which are currently understaffed. In particular, General Practice is struggling to recruit trainees, particularly in certain rural areas. There have been several initiatives attempting to address this shortage.

For example, five new medical schools are to be opened in areas that are struggling to recruit, in the hope that students who train in that area would continue to work and train there. Anglia Ruskin in particular, which will have its first intake this year, will attempt to encourage their students by increasing and improving their GP placements.

This comes after several studies note a link between opting for GP training and high-quality GP placements during medical school. Another initiative is the targeted enhanced recruitment scheme whereby doctors who undertake their GP training in certain areas receive a £20,000 salary boost as incentive.

Question to think about: what medical speciality do you think would suit you? Take our quiz to find out!

Recently, plans were made to introduce an “opt-out” organ donation scheme for England by 2020. This would mean that everyone is automatically on the register, unless they decide otherwise. There was some controversy surrounding this, with some arguing that many would not realise that their name was on the register.

This was justified in part by the fact that family members would be able to overturn this decision. However, it is this clause that researchers have recently discovered may make this system unsuccessful. They found that under opt-out systems, families were more uncertain of their loved-ones’ “true wish” and were more likely to overturn the decision.

Often, what seem to be a great idea in theory, does not actually work in practice. One way to test a proposition for change is to test it with as many varying scenarios as possible. This may raise issues that you had previously not considered – but it is difficult to predict all eventualities.

Belgium, Austria and Singapore all had rises in donation rates after introducing an opt-out system – however, Wales have had this system in place since 2015, with no rise in the number of organ donors. If asked to give your opinion on an ethical dilemma, try to consider all the implications of your decisions in a variety of circumstances, which will allow you to better analyse the situation.

Question to think about: what are the arguments for and against opt-out organ donation systems? Find out more about the issues surrounding organ donation here!

Are you up to date with the most recent medical news? Find out more here: