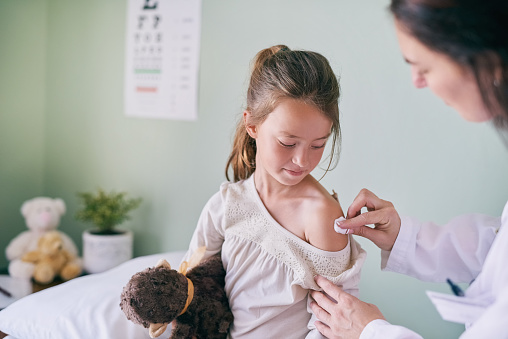 Joining us this week: vaccines, stroke treatment and assisted suicide.

Health secretary Matt Hancock is willing to look into “all options” to boost vaccination levels, including compulsory immunisation.

Recent medical news highlights that from 2010 to 2017, over half a million children in the UK were unvaccinated against measles.

Worryingly, data also shows that the proportion of children receiving both doses of the MMR vaccine by their 5th birthday has fallen 87.2% since 2015. For the whole population to be protected, 95% of the population must be vaccinated.

The ‘anti-vaccination’ trend continues to grow, with over 40,000 British parents belonging to a group supporting the avoidance of vaccination in children.

In 2017, the World Health Organisation declared the UK free of measles in for the first time. Unfortunately, there has since been outbreaks of the disease both in 2018 and 2019.

In response, the health secretary is considering “all options”, including compulsory vaccines, in order to tackle this growing concern.

Vaccinations are now routine within the NHS and provide protection from potentially fatal diseases such as tetanus and polio.

Vaccines have proven to be very effective, demonstrated by a clear decline in infectious illnesses across the globe.

Now, the influential anti-vaccination movement continues to gain support. The main belief is that vaccines are either unnecessary or harmful, often stemming from a distrust in the government or pharmaceutical companies.

Question to think about: Should vaccinations against common infections be compulsory?

The news follows a potential new treatment for stroke. Stroke is the leading cause of disability in the UK, with over half of survivors left with a disability.

The trial involves the implantation of a device that allows electrical activity in the brain to bypass damaged areas.

The trial has seen participants regain the use of their limbs and their ability to perform daily tasks.

The treatment, known as Vagus Nerve Stimulations, has already proven effective for those with epilepsy and depression. It is bringing much needed hope to patients who previously had very little.

Stroke is the fourth largest cause of death in the UK. There are several ways to prevent strokes, including lifestyle interventions and medication. Once a stroke occurs, the effects are irreversible and returning to functional daily life requires intense therapy regimes.

It is common for patients to never return to their baseline and experience varying degrees of disability.

This new treatment has huge potential and demonstrates promising results.

Question to think about: what role do you think preventative medicine has in the healthcare system?

Mr Lamb is paralysed from the neck down and argues that the law keeping him alive breaches his human rights and could be considered torture.

This challenge to the law is different to those before. His case in 2014 argued that the law breached his right to a private life. This case, supported by Humanists UK, focuses on secularism and human rights.

Mr Lamb is also not terminally ill, unlike several other high profile cases, which adds an additional dimension to this case. He is ultimately fighting for the legalization of assisted suicide, arguing that the UK should follow the likes of Canada, who have recently legalised assisted dying.

There have been several high-profile cases of people challenging the law regarding euthanasia and assisted dying. Naturally, the law strongly divides opinions and it is an ethical minefield.

Currently, active euthanasia and assisted suicide is illegal in the UK.

Assisted suicide refers to suicide committed with the aid of another person. Mr Lamb is fighting for this to be legalised, as he feels the law discriminates against those who are endlessly suffering but unable to end their lives on their own.

Question to think about: do you think euthanasia has a place in modern medicine?